BEST requires around Rs 140 crore each month to pay salaries of its approximately 4,200 employees. 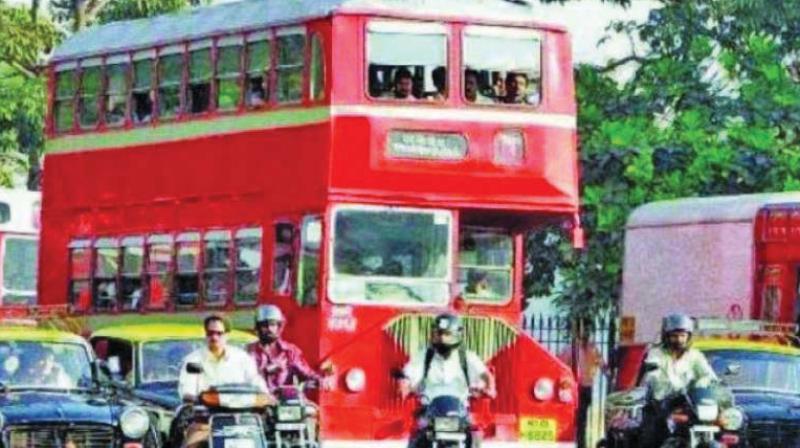 The undertaking has spent 11.5 crore on concessions to its officers in last five years.

Mumbai: The Brihanmumbai Electric Supply & Transport (BEST) — which has been struggling to pay salaries to its drivers and conductors — has spent around Rs 11.5 crore on petrol/diesel concessions to 3,500 of its officers in the past five years alone. However, the biggest slice of the pie is still going towards concessions on passes given across the board that include students and physically disabled, with loss in revenue estimated at Rs 60 crore in the past two years.

BEST officials who were getting other perks such as an incentive every time a consumer who owed substantial amount in electricity bills, cleared his or her accounts, are no longer getting the same. However, the proposal to do away with concessions, known as social cost, is still to be brought up for discussion.

An official said, “The only remaining concession that is still given to employees is petrol/diesel or conveyance concession. Most of us feel that not only social cost but also conveyance concession should not be given as right now, it has come to a situation where we are not sure about our salaries and there is tremendous anger among workers who have to wait as late as the 20th of every month for their salaries.”

On the other hand, people associated with BEST unions have said that the committee does not have the power to stop concessions to the public. One of them said, “Concessions are given to that part of society which is economically weak like students and the disabled. Also the sensitive issue of concessions given to freedom fighters needs to be tactfully dealt with. Hence, the Shiv Sena has to take a tough call. It’s a do or die situation for us now.”

BEST requires around Rs 140 crore each month to pay salaries of its approximately 4,200 employees. The undertaking landed itself in hot water when it paid only half of the salaries of conductors and drivers on June 20. The impending threat of an indefinite strike by the union led to the remaining part of the salaries being paid on the morning of June 22.