Puri trolled for not to cut trees in Sarojini

Many complained, tagging Prime Minister Narendra Modi and asked him to take over the housing ministry, where Mr Puri is the junior minister. 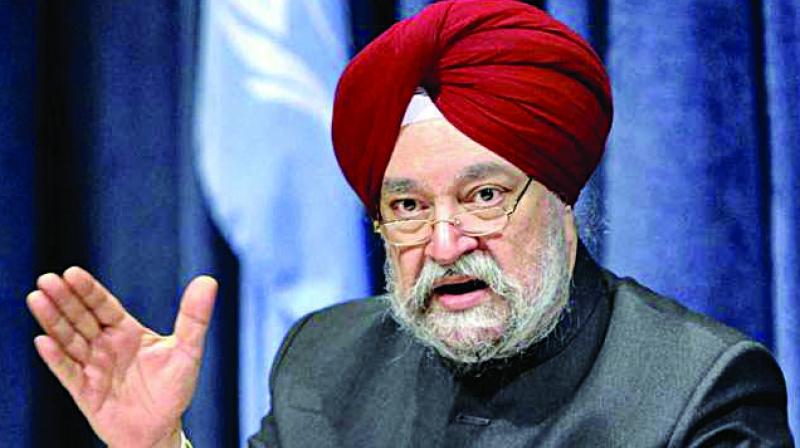 New Delhi: The Centre’s plan to cut around 17,000 trees in New Delhi for redevelopment of South Delhi has sparked into a full blown controversy. At least 11,000 of the 17,000 trees will be cut down from Sarojini Nagar to make way for government flats, offices and commercial space.

Sources, however, say at least 15 per cent of these flats will be for sale and the focus of the redevelopment is purely commercial.

On Twitter, Union minister Hardeep Puri got massively trolled after he tried to explain the Centre’s stand and gave an irked response when a user questioned him. "I am a little surprised at the distortion around our city's green cover," the minister had tweeted and then went on to explain the afforestation plans for Delhi.

A user, however, questioned, "Why didn't you consider to make accommodations in Dwarka or Rohini or outer Delhi minister Hardeep S Puri-ji? Don't you think this project of yours is lethal & unreasonable?"

His response was met with a barrage of criticism. "It is not just about a tree it is the entire ecosystem that thrives on it, the insects the birds, the animals and chopping down a 50-year-old tree and replacing it with a sapling, how foolish! Afforestation is not the replacement for deforestation," one user responded.

"Already pollution level in Delhi is high. Lakhs of people are leaving Metro and travelling by buses because of high ticket prices. Cutting trees will make pollution more alarming. He should consult environment experts," a Twitter user by the handle @AamIndian_1 replied.

Many complained, tagging Prime Minister Narendra Modi and asked him to take over the housing ministry, where Mr Puri is the junior minister.