The official said that the profiling of the fliers helps them filter those persons who fly frequently and make short trips. 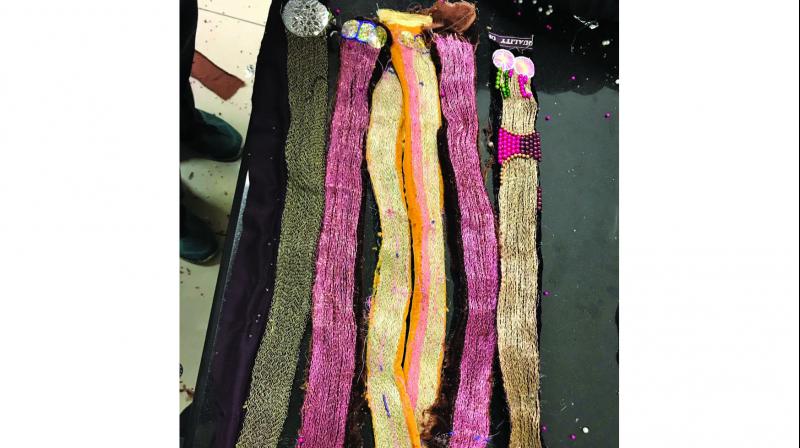 The goods that were seized by the Air Intelligence Unit.

Mumbai: The Air Intelligence Unit (AIU) of Mumbai customs arrested three flyers, including a Dubai based salesman and seized over a kilogram gold worth Rs 36.12 lakh in the last two days. One of the accused was apprehended with four toothpaste tubes in which he had stuffed four gold chains each, worth Rs 7 lakh, that were recovered by the officials by squeezing out paste from tubes.

The official said that the profiling of the fliers helps them filter those persons who fly frequently and make short trips. Such persons generally fly to smuggle gold illegally, they added.

In the first case, in the intervening night of Saturday and Sunday, the AIU officials apprehended Faizal Paliwala, 29, who had come from Bangkok and was intercepted based on the profiling of fliers. Following suspicion, the officials searched Paliwala and recovered four gold bars of 400 grams, worth around Rs 11.80 lakh.

“The accused flier had concealed the bars in specially made pockets in the inner side of the waistband of the denims he was wearing. We learnt that Paliwala is an Ahmedabad resident, employed in steel cupboard manufacturing business,” said an AIU officer.

In the same intervening night, another flier Kandathil Rafi, 26, who had also arrived from Dubai. AIU officials scanned his checked-in-baggage and found copper colour coated gold wires collectively weighing 587 grams valued at Rs 17.32 lakhs, which were stitched into embroidery panel of fabrics. The officials seized the gold and have booked Rafi, a native of Kasaragoad in Kerala, who works as a salesman in Dubai.

On Sunday night the AIU officials intercepted Altaf Husain Gulam Shabbir soon after he arrived from Dubai. “The four toothpaste tubes were suspicious and we checked them thoroughly and found 4 gold chains in each of the four tubes,” added the AIU officer.

All the accused have been booked for illegal smuggling and under the sections of the Customs Act.