As per Anti-Terrorism Squad, Avinash Pawar conspired with the earlier 4 arrested in the case to carry out blasts in Maharashtra. 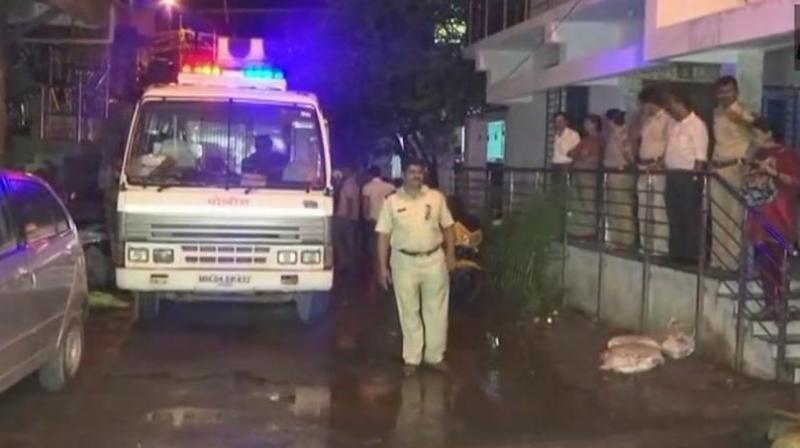 The ATS had on August 10 arrested Raut, 40, who ran the 'Hindu Govansh Raksha Samiti', a little-known pro-cow protection outfit, at Nallasopara in Palghar district. (Photo: ANI/Twitter)

Mumbai: The Maharashtra Anti-Terrorism Squad (ATS), which is investigating the recent seizure of explosives and arms in the state, has arrested one more person from Ghatkopar here, an official said on Saturday.

Avinash Pawar, 30, was arrested on Friday night and will be produced before a court today, the official added. According to the ATS, Pawar was involved in the conspiracy to carry out blasts in the state with Vaibhav Raut, Sharad Kalaskar, Sudhanwa Gondhalekar and Shrikant Pangarkar, who were earlier arrested in this case.

Pawar's name cropped up during the interrogation of the arrested accused, the official added.

The ATS had on August 10 arrested Raut, 40, who ran the "Hindu Govansh Raksha Samiti", a little-known pro-cow protection outfit, at Nallasopara in Palghar district.

After Raut's arrest, the ATS had nabbed Kalaskar (25) and Gondhalekar (39), following raids in Palghar and Pune districts.

Pangarkar, former Shiv Sena corporator from Jalna, was arrested on August 19. The ATS had claimed to have recovered 20 crude bombs, two gelatin sticks, four electronic and 22 non-electronic detonators, 150 gms of explosive powder and some other materials, which according to the police, were to be used to trigger blasts at various places in the state.