Metro 3 is the only underground metro in the city. 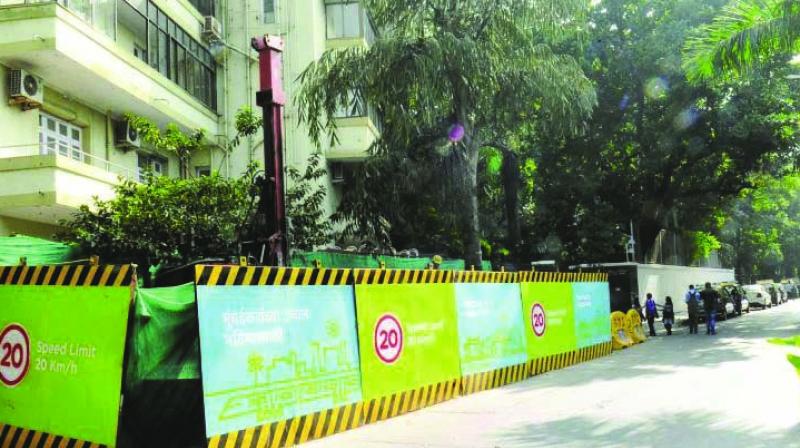 The Metro-3 work at Cuffe Parade.

Mumbai: There have been several delays in the ongoing Metro 3 (Colaba-Bandra-Seepz) work because of petitions filed by citizens and activists on various grounds. Officials said that the project was likely to be delayed beyond its deadline and that its cost, too, was likely to increase. Metro 3 is the only underground metro in the city.

According to current timelines, phase 1 (Colaba-BKC) was scheduled to be completed by December 2020, but the deadline has been postponed to June 2021.

“The stay on tree-cutting and the court order on carrying out construction activities in the night has delayed the project by six months,” said an official from the Mumbai Metro Rail Corporation.

According to reports, the delay has cost officials a loss of more than `4 crore per day. In April this year, the MMRC had written to the state and Centre about the delay in completing the project. The rehabilitation of tenants of affected buildings has also impacted the project. Recently, fisherwomen from Girgaum refused to vacate the Chira Bazaar area for metro station works. Also,
several tenants of buildings in Girgaum have filed an appeal since many have been termed ineligible for rehabilitation.

Metro 3 will connect the Cuffe Parade business district in the extreme south of the city to SEEPZ in north-central with 26 underground and one at-grade station.