It has the 2nd lowest emission from urban transport. 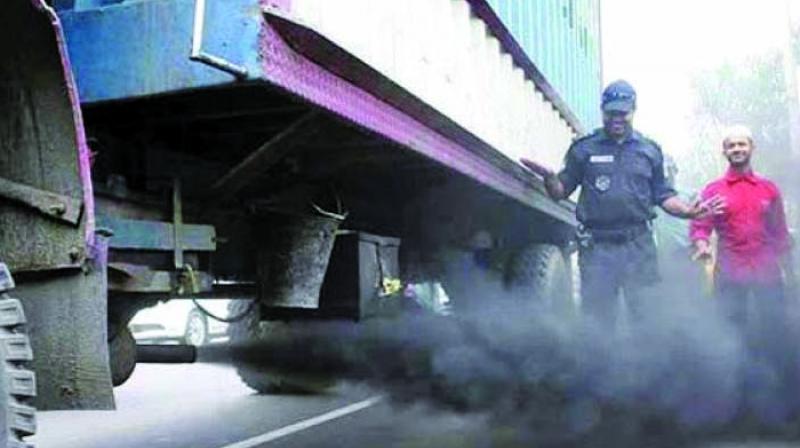 Study assessed 14 cities based on emissions of heat-trapping carbon dioxide.

Mumbai: Mumbai fares better than other megacities in urban transport-related emission despite its staggering population, according to a study by Centre for Science and Environment (CSE), a Delhi-based organisation. The study showed that while Mumbai has the fifth highest overall emission and energy use among the examined 14 cities, in terms of megacities, it has the second lowest emission from the urban transport incl-uding green house emission and energy consumption, owing to the existing vast transport system.

The study assessed 14 cities based on emissions of heat-trapping carbon dioxide and toxic pollutants of particulate matter and nitrogen oxides, as well as energy guzzling from urban commuting, which included six megacities. Among the megacities, Kolkata recorded the least emission, followed by Mumbai. Even though it has the highest volume of trip generation among all the 14 cities and the average trip length of all modes is also the second highest, but the average distances travelled by different modes are comparatively smaller than six other cities.

“Mumbai’s winning streak is a result of its public transport spine — primarily its suburban rail system. Public transport and para-transit add up to 89 per cent of all motorised trips in Mumbai. Intere-stingly, Mumbai has one of the highest trip length for personal vehicles and yet its overall guzzling and emissions are comparatively lower as its suburban rail, which has zero local emissions, mee-ts 52 per cent of the travel demand in the city,” read the report.

“Even with the highest per capita GDP among other cities, many people in Mumbai are using urban transport including bus, auto rickshaws and most importantly rail services compared to other cities. But it is important that the city keep nurturing this trend which is what our study highlights, otherwise the situation will worsen,” said Anumita Roychowdhury, CSE executive director.