Comparatively, the number of villages seeing an outbreak of bollworm is less. 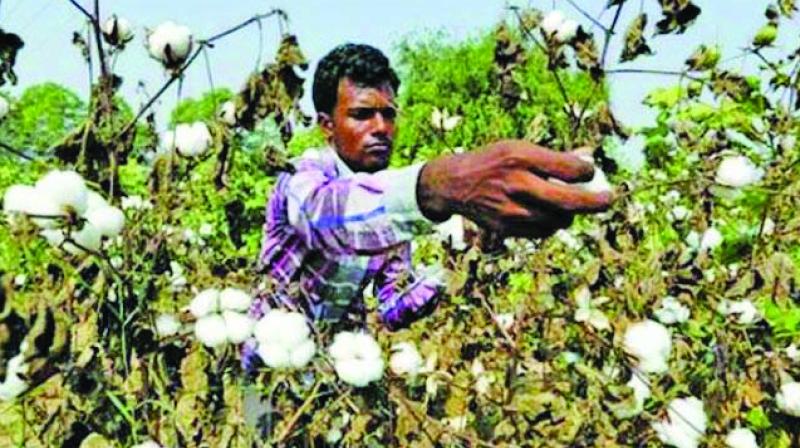 Mumbai: Cotton-growing farmers from Vidarbha are staring at an increasing outbreak of bollworm. As of now, cotton farmers in 700 villages of Vidarbha are facing it. This is the second consecutive year of bollworm damaging the cotton crop in Maharashtra. The agriculture department has informed that it is keeping tabs on the situation on a daily basis. This year, cotton has been sowed on nearly 39 lakh hectares of land across 21,000 villages in the state. Comparatively, the number of villages seeing an outbreak of bollworm is less.

However, there is danger of it spreading to other parts like last year when nearly 30 per cent cotton was damaged due to pink bollworm.

Inconsistent and erratic rainfall is the main reason for the outbreak of different crop diseases. The government has strictly told farmers not to use hormones and other tonics for crop. The state government has also asked that a committee be formed under the district collector to keep watch on crop-related issues.

The agriculture secretary is personally taking stock of the situation on a daily basis.

“It is true that we are getting reports of bollworm from different parts of the state. But we have also made adequate provisions. There was a serious situation last year. But this year, we are monitoring the situation through farmers’ awareness programmes etc,” said minister of state for agriculture Sadabhau Khot.