The police said the racket was exposed when one of the arrested accused spilled the beans on his accomplice. 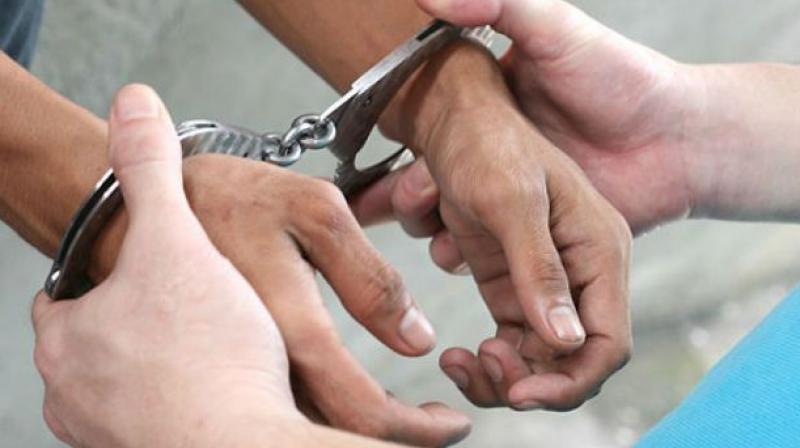 The police started making inquiries with Dhabre, who had earlier claimed that he had unknowingly become party to Chhilotre’s scam.

Mumbai: The MRA Marg police has arrested two conmen for allegedly cheating job seekers out of large sums of money by promising them jobs in the Indian Railways from Union railway minister Piyush Goyal’s quota. According to the MRA Marg police, the accused have been identified as Rufus Dhabre and Manjit Singh Chhilotre. The police said the racket was exposed when one of the arrested accused spilled the beans on his accomplice.

“Dhabre wrote an email to Mr Goyal’s official email id, saying that he had unknowingly collected money from several job seekers at Chhilotre’s behest, as Chhilotre had told him that he knew Mr Goyal personally.

The police started making inquiries with Dhabre, who had earlier claimed that he had unknowingly become party to Chhilotre’s scam. He further told the police that Chhilotre was offering jobs through Mr Goyal’s personal quota, to aspiring job seekers who were preparing to appear for the Indian Railway's upcoming recruitment drive for Class B and Class C posts.

“However, during interrogation, we established Dhabre's culpability in the crime and placed him under arrest on Thursday. Based on the results of his interrogation, we arrested Chhilotre from Delhi on Friday. Inquiries so far indicate that they have cheated several job seekers to the tune of Rs 93 lakh, and we are investigating the matter further,” Mr Trimukhe said.

Investigating officers said that Dhabre, who stays in Vasai, would approach young men and women from his locality and offer to secure jobs for them in exchange for Rs 6 to 7 lakh each. Police have found at least seven victims from Vasai who have been cheated in this manner, while inquiries are underway to find more victims.

“We also have information which indicates that there are five more accused involved in the con, and efforts are on to trace and apprehend them.

The arrested accused have been remanded in police custody till August 30,” Mr Trimukhe said.