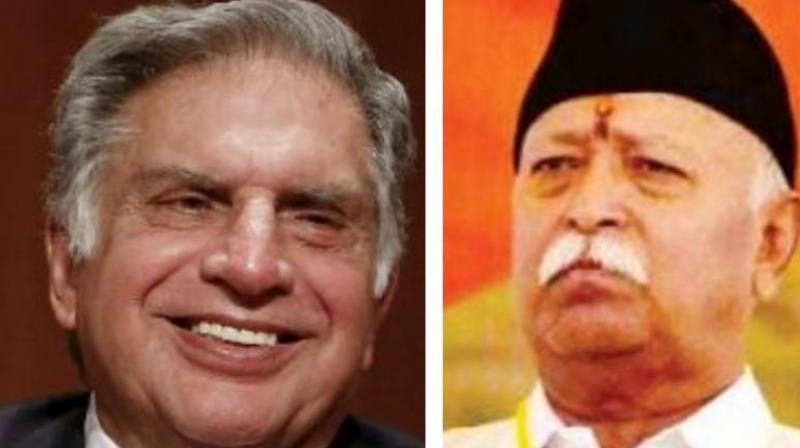 Bhagwat who spoke at length on number of issues said Mr Tata’s is humble in nature and ‘those who work a lot speak less’.

Mumbai: After former president of India Pranab Mukherjee shared a stage with Rashtriya Swayamsevak Sangh chief Mohan Bhagwat, it was turn of Tata industry chairman and veteran business tycoon Ratan Tata to be on the dais with the latter. Mr Tata attended a program of Nana Palkar Smruti Samiti in Mumbai on Friday but rescued himself from speaking to the audience. Dr Bhagwat who spoke at length on number of issues said Mr Tata’s is humble in natu-re and ‘those who work a lot speak less’.

Praising Mr Tata and Tata industry, Dr Bhagwat said, “His work is inspirational. He works for the people, for the society. He sees that the wealth of nation remains here and people get prosperous.”