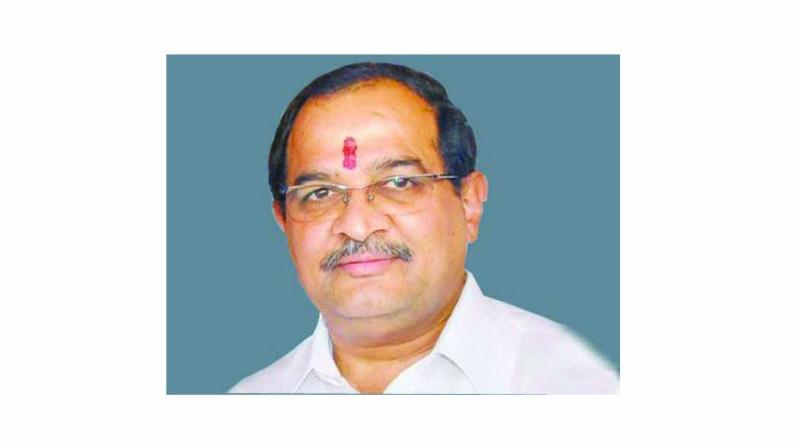 Mumbai: Radhakrishna Vikhe-Patil, the Leader of Opposition in the state Legislative Assembly, has demanded that the state government carry out a separate audit by an internationally acclaimed agency about licenses given to all high-rises and their security measures.

Speaking on the backdrop of the fire that broke out at Crystal Tower, Parel, which killed four people, Mr Vikhe-Patil said that if the state government had the wherewithal, it should file cases of culpable homicide against the guilty municipal officials along with the developer, and also suspend the municipal commissioner.

The residents of Crystal Tower have threatened to take refuge at Varsha and Matoshri, the residences of chief minister Deve-ndra Fadnavis and Shiv Sena chief Uddhav Thac-keray, respectively.

Supporting their dema-nd, the opposition leader alleged that the residents had been rendered homeless due to the nexus between corrupt politicians, builders and the administration.

The common man fulfills his dream of buying a home by spending his life’s earnings. It is injustice if he is rendered homeless due to corruption. Hence, the residents’ demand of taking shelter at Matoshri or Varsha is justified, said Mr Vikhe-Patil.

Meanwhile, Mumbai Congress president San-jay Nirupam also slam-med the BMC over the fact that almost 55,000 buildings in the city were occupied without the mandatory Occupation Certificate.

He said, “It is the duty of the BMC to grant OC to every building that abi-des by the rules laid down by the civic body. The BMC has to take appropriate legal action agai-nst builders who are fooling innocent Mumba-ikars by selling flats without an OC. Instead, the civic body is simply levying extra water and property tax.”