Back then, the Union minister had said that he would bear all the expenses incurred on the upkeep of the wildcat in the park for next one year. 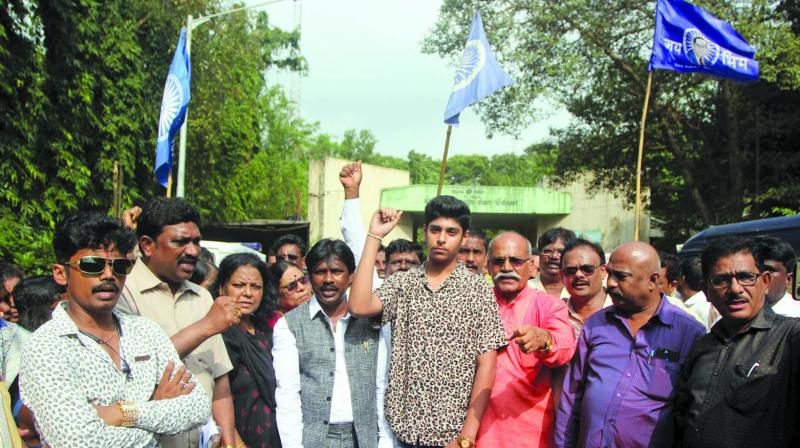 The party workers blamed negligence on the part of SGNP authorities for the death of Bhima. However, forest official refuted the claims saying that the leopard died of a cardiac arrest.

The 10-year-old leopard died early Monday. Forest officials said that the leopard was fit and did not show signs of any ailment till Sunday night.  An autopsy was conducted and samples were sent for ascertaining the cause of death.

“Even after the leopard’s death, everything was done in hushed up manner. His funeral was carried out without even informing Mr Athawale,” said Harihar Yadav, a party worker.

However, the SGNP authority assured the protestors that it would carry out a probe on the leopard’s death.

“The leopard died of a cardiac arrest. His health was good till Sunday, as we were monitoring its movement through closed circuit television cameras. However, we will investigate the matter,” said a forest official.

Bhima was adopted by Mr Athawale in May 2017. Back then, the Union minister had said that he would bear all the expenses incurred on the upkeep of the wildcat in the park for next one year.

The Maharashtra forest department-run park, spread over 103 sq km and wedged between the suburbs of Mumbai and Thane, started an adoption scheme a few years ago due to rising maintenance cost of the animals.