The BMC had recently issued public notice of removing 2,702 trees for construction of metro car shed in Aarey Milk Colony. 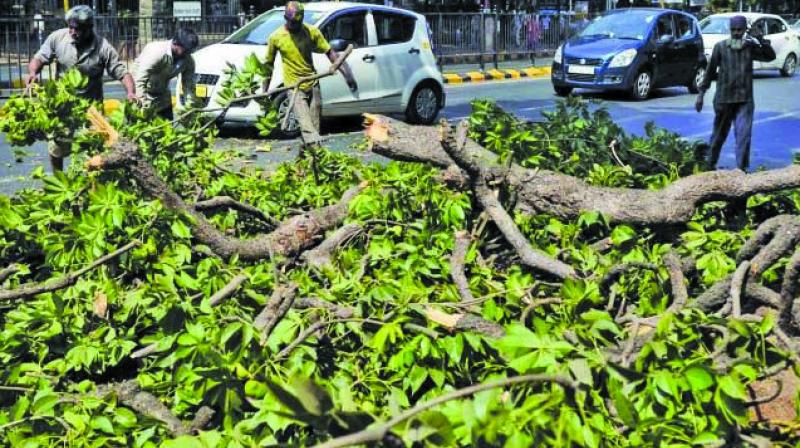 The order also entailed that the observation will equally apply to the cities of Mumbai and Thane as well as other metropolitan cities in the state.

Mumbai: The Bombay high court order restraining the functioning of the existing Tree Authority of Brihanmumbai Municipal Corporation (BMC) citing it as illegal, may affect several development projects, including the Metro line 3. The BMC had recently issued public notice of removing 2,702 trees for construction of metro car shed in Aarey Milk Colony.

The petition against the illegal constitution of the BMC’s Tree Authority was filed after activists complained in June this year that the BMC had given the Mumbai Metro Rail Corporation (MMRC) permission to remove 105 trees for metro work in the adjacent site to the metro car shed in Aarey even as the Tree Authority remains illegally constituted with no independent experts on the committee after the court’s order of April 2018.

Earlier in April this year, the high court had directed in its order pertaining to Thane and Mumbai trees, that non-official members, with expertise in plantation and preservation of trees and belonging to different NGOs, should be appointed in the Tree Authority of municipal corporations.