Konkan has always been a Sena bastion and it remained so in these elections. However, the NCP too, put up a good show by winning two seats. 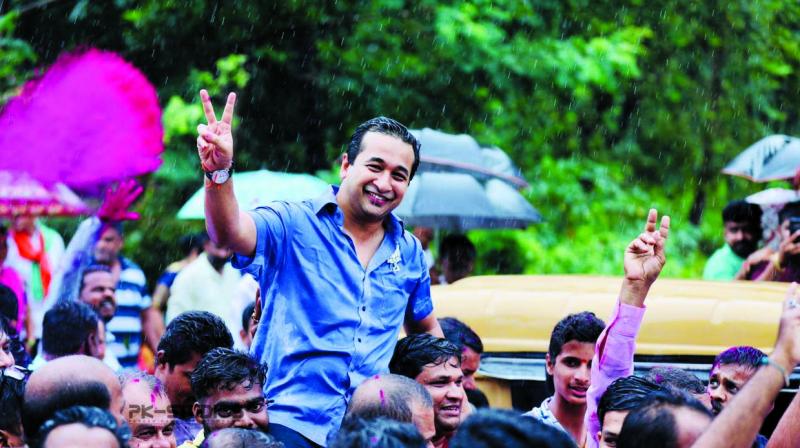 Mumbai: The Shiv Sena retained Konkan as its stronghold, winning eight out of the 12 seats in the region in the Vidhan Sabha polls. The party, however, failed to dislodge its bete noire and former chief minister Narayan Rane, as the latter’s son Nitesh won comfortably from Kankavli.

Konkan has always been a Sena bastion and it remained so in these elections. However, the NCP too, put up a good show by winning two seats.

However, Kankavli was the only constituency in the state, where the BJP and Sena, despite contesting the Assembly elections as an alliance, fielded candidates separately.

The BJP gave a ticket to Nitesh Rane who quit the Congress just before the polls while the Sena fielded Satish Sawant, who was earlier a close aide of Narayan Rane. Both parties made it a prestige fight, with chief minister Devendra Fadnavis and Sena chief Uddhav Thackeray holding rallies for their respective candidates. In the end however, Nitesh Rane emerged as winner with a comfortable margin.

Local journalist Ulhas Wagh said, “It was clear that the Sena will win the Sawantwadi and Kudal-Malvan seats comfortably. The fight in Kankavli looked very tough, but Nitesh Rane won by a strong margin. What went in his favour was the agitation he carried out by throwing mud on the government official to protest potholes on roads. He also did not disclose his stand about the Nanar refinery project after joining the BJP, due to which the Devgad area voted for him.”