'A case under the relevant sections of the Prevention of Corruptions Act of 1988 has been registered and a probe is underway,' Alphale said. 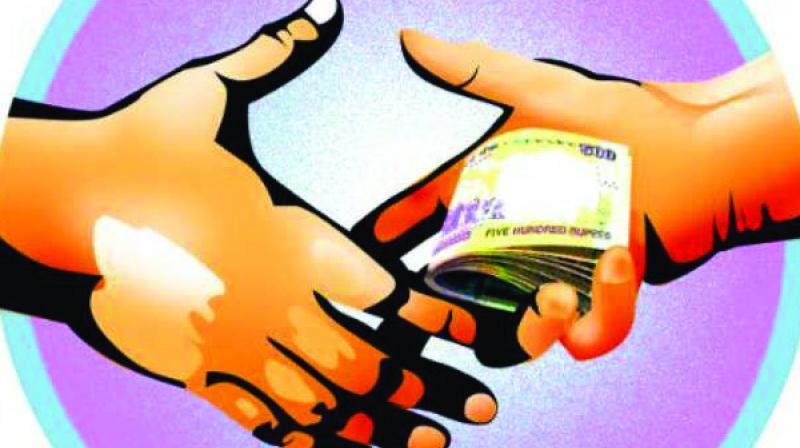 'The duo demanded Rs 10,000 from the woman for removing the encroachments on her land.' Aphale said. (Photo: Representational | File)

Thane: Two officials of the Vasai-Virar Municipal Corporation (VVMC) were arrested for allegedly demanding and accepting bribe from a woman, a senior Anti-Corruption Bureau official said on Satuday.

Pradeep Jadhav (50), Chief of the anti-encroachment department of I Ward in VVMC and Manish Patil (25) junior engineer (contracts) I Ward of the VVMC were apprehended on Friday, Deputy Superintendent of Police, ACB Palghar Division, Ajay Aphale said.

He said the duo demanded Rs 10,000 from the woman for removing the encroachments on her land.

Following a complaint, a trap was laid last evening and Patil, who accepted the money, was apprehended. Subsequently, Jadhav too was arrested, Aphale added.

A case under relevant sections of the Prevention of Corruption Act of 1988 was registered, he said, adding a probe was underway.