Following the approval by the MPCB, the BMC is set to reclaim the dumping ground in 2019. 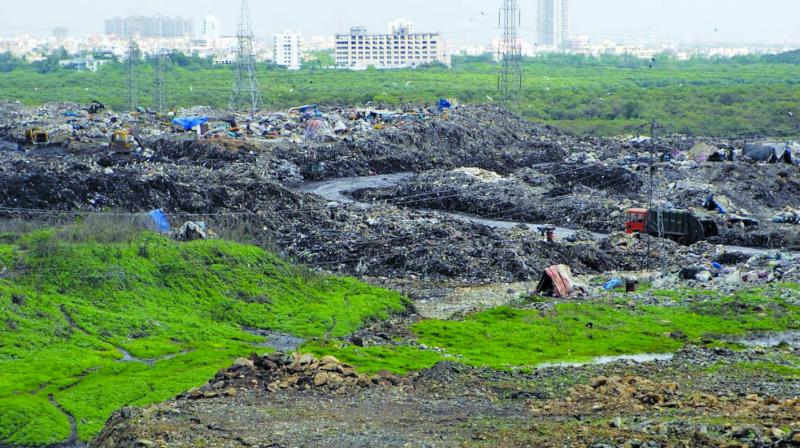 The BMC will have to submit a disaster management plan before starting the waste processing work.

Mumbai: The Maharashtra Pollution Control Board (MPCB) has finally given permission to the Brihanmumbai Municipal Corporation (BMC) to commence work for scientific processing of waste at the Mulund landfill.

Following the approval by the MPCB, the BMC is set to reclaim the dumping ground in 2019. The BMC will have to submit a disaster management plan before starting the waste processing work.

The BMC had received the permission earlier this week with certain conditions laid for commencement of the work. “We have appointed the contractor for carrying out the processing work at the Mulund landfill. The whole process may take up to three to five years, as first we will try to decrease the toxicity of the dumping ground,” said an official from the solid waste management (SWM) department.

The BMC has appointed a consortium of Prakash Constrowell Limited, Inf-otech International Lim-ited and EB Enviro Biote-ch Private Limited as the contractor to close down the Mulund dumpsite at the cost of `731 crore ov-er a period of six years. The contractor has also been given a six-month mobilisation period.

“We are first focusing on removing harmful metals like lead and mercury that have been accumulated due to heaps of garbage on the dumping ground. We are also in discussion with the contractor to trap the methane gas present in the landfill, which could be diverted for generating electricity,” added the official.

The civic body also plans to replicate the same on other dumping grounds of Mumbai.

The four-decade-old Mulund dumping ground is spread on 24 hectares of land, where garbage has been being dumped since 1967. Till this year, an estimated seven million cubic metres of tra-sh, the height of which has reached up to 30 metres, has being dumped at the site.