Civic body plans to shower corporators with new laptops after the municipal polls. 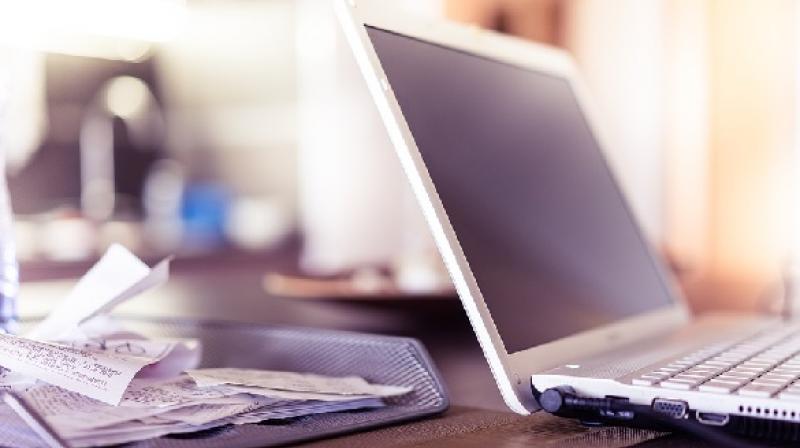 Even as most corporators are struggling with their old laptops, the BMC plans to shower the new batch of corporators after the BMC polls with new laptops. (Representational Image)

Mumbai: The Brihanmumbai Municipal Corporation (BMC), country’s richest municipal corporation harps of going fully digital but its rather ironical that the 232 laptops (worth RS 87.7 lakh) that BMC procured in 2012 for its corporators have allegedly never been used by the corporators in any of the meetings till date. The common excuse given by most of them is: none of the BMC documents are digitised, why bother when hard copies of the agenda are still delivered by hand to the corporator’s house.

Simply put, most of the corporators are still hesitant to use gadgets, and consider themselves to be ‘digitally handicapped’. Manoj Kotak, leader of the BJP in BMC said, “Some of the group leaders had demanded that agendas and other documents be sent digitally via email but that did not happen. Apart from this, laptops were never used by corporators in the BMC.”

When contacted, BMC’s municipal secretary, Narayan Pathade said, “We have not sent meeting agendas to corporators by email, but other documents related to financial statements have been sent.” Ruing the lack of interest shown by some corporators in getting accustomed to laptops, Avkash Jadhav, a Shiv Sena corporator said, “The BMC should make it mandatory for all corporators to attend an hour-long orientation programme on laptop use. Going digital is the need of the hour so it is important to give laptops.”

He also wants the BMC to provide free internet connection to corporators at their homes. However, leader of the opposition Pravin Chheda said that the BMC has been talking about going digital forever. “They need to do that quickly, and we will believe them only when it is done,” he said. The corporators have been allowed to take these laptops home for BMC-related works. However, Mr Jadhav claims that between 2012 and 2017, none of the corporators brought the laptops along to any official meetings of the civic body – general body meeting, standing committee, improvements committee, health and education committee or the tree authority meetings. However, civic officials are confident that documents will be digitised soon. An official from the municipal secretary’s office said, “On Wednesday we had a primary meeting with the IT department to chalk out a plan to digitise our documents. We will confirm about it within a week.”

Even as the earlier batch of laptops are lying idle or unused with the corporators, the BMC’s standing committee recently passed a proposal worth Rs 31 crore to purchase all kinds of paper (A4 size, A3 size) for paperwork in the year 2017-18.

New corporator, new laptop
Even as most corporators are struggling with their old laptops, the BMC plans to shower the new batch of corporators after the BMC polls with new laptops. The 230 odd laptops given to corporators in 2012 will not be taken back after their term is over. An official from the municipal secretary’s office said, “We have given corporators an option to pay Rs 1,000 or return the laptops. They are now outside the warranty period and value of gadget depreciate after five years.

BMC’s Digital dreams
In January 2016, Sena corporator Avkash Jadhav wanted to make a pre-budget 'e-speech' in the general body meeting via a power point presentation but Mayor Snehal Ambekar requested him to distribute hard copies to corporators saying many may not understand the digital presentation.

Past perfect, future tense
In 2008, when the laptops were to be introduced to the corporator, the BMC faced a dilemma as to how would the women corporators acquaint themselves with laptops. V Radha, the then joint BMC commissioner came up with an idea of introducing the women corporators to laptops via cookery shows.