There are more than 22,000 societies in the state, who are facing this issue of leased land. 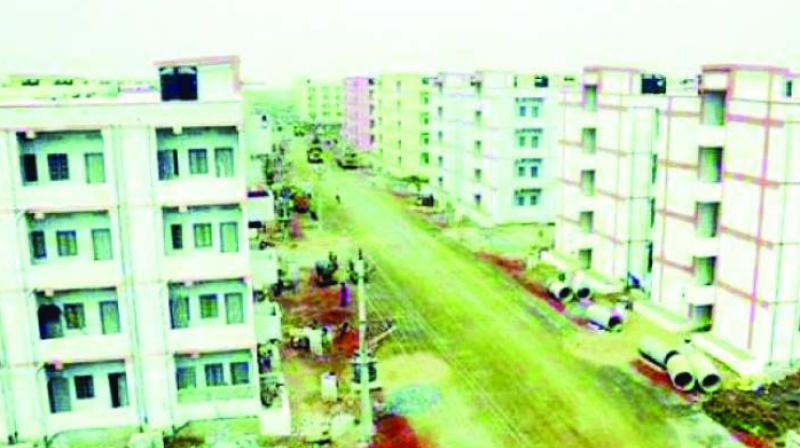 Mumbai: Over 3,000 housing societies in the city, built on government leased land are facing various revenue related hardships and will soon approach the high court because of inaction and harassment by the revenue department. The government is yet to take a decision regarding the demand to reclassify the land and further, the collector has issued notices to the chairmen of these societies to not issue NOCs for sale or renting any flat, forcing the societies to plan a legal action, said sources. Despite meeting with chief minister Devendra Fadnavis and MP Poonam Mahajan, the issue is yet to be resolved, ever after a wait of more than two years.

“There is no other option but for us to approach the court. We have called for a meeting of housing society associations that are facing similar problems, on January 28 in Kurla, said Salil Rameshchandra, chairman, Shivsrushti Association of Co-operative Housing Societies.

“We had taken the land from the government at the prevailing market rates. So, we are demanding the government to transfer these land to Class 1, letting the socities take ownership of the land after paying a one-time transfer fees,” said Mr Rameshchandra.

There are more than 22,000 societies in the state, who are facing this issue of leased land. So, the state Cabinet had principally approved the reclassification of these land from Class 2 to Class 1 after payment of the transfer fees. However, despite following up with the government for two years, the officials are yet to take a decision, he said.

Since these land currently belong to the Class 2 category, the flat owners have to take the collector’s permission to sell or lease their flats. So, the suburban collector Deependra Singh Kushwah had sent letters to the societies, asking them not to issue any NOC for any transaction, till they get the permission from the collector.

“All transactions have been stopped for now and the flat owners are facing problems. Instead of deciding on the issue, the department has started this new harassment. We will decide the next step in the meeting on January 28,” said Mr Rameshchandran.

Background of the case

During the period between 1960-70, over 3,000 housing societies had received land from the government on lease on occupation basis. The land in case were classified as class 2, according to the revenue department. In the many years that followed, many society members sold their flats or gave them on rent, without taking permission from the collector or paying the transfer fees. However, for the redevelopment of the building, the societies need the government’s permission, for which the current flat owners will have to pay the transfer fees.