Schools vow not to take in RTE kids till dues cleared

The schools are adamant that till the entire debt by the state government is cleared, no further admissions will be entertained. 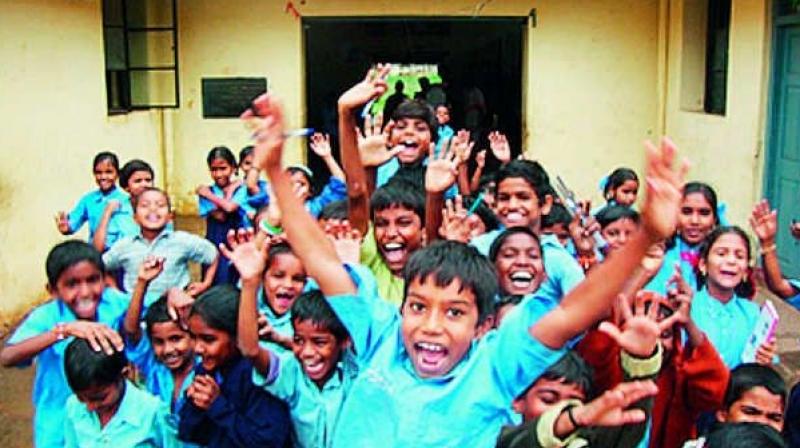 The 58-page order by the court dealt in detail with the Right to Education (RTE) Act.(Representational image)

Mumbai: Three thousand unaided schools in Maharashtra have formed an association called the Federation of Schools Association (FSA) of Maharashtra that has decided not to conduct admissions this year under the Right to Education (RTE) Act, 2009 for the next academic year (2018-19). The schools are adamant that till the entire debt by the state government is cleared, no further admissions will be entertained.

The FSA  is an umbrella body for all the private unaided school and its associations to fight against the much delayed reimbursement amount that is pending from the side of the state government. Till then, the FSA says that they will boycott all the admissions under the RTE. “Schools cannot take further financial burdens. In fact, a few schools have no other option but to curtail extra curricular activities and not give reasonable increments to their staff. This has resulted in resentment amongst the parents and the staff,” said S.C. Kedia of Unaided Forum.

Bharat Malik of Private Unaided School Mana-gement Association, Maharashtra while talking to The Asian Age said, “The government is trying to threaten us by sending us the derecognition notice, but we are not going to give in this time.”

“We are clear that we will admit the students and fulfil our commitments subject to the government fulfilling their commitments,” he added.

The association has also filed a writ petition in the Aurangabad bench of the Bombay high court. Along with this, another petition for reimbursement for students admitted under the pre-primary section is pending in the Supreme Court.