Will put you behind bars in no time: Bombay HC to DSK

DSK developers said that they have the money but in USD and so they are waiting approval from the RBI. 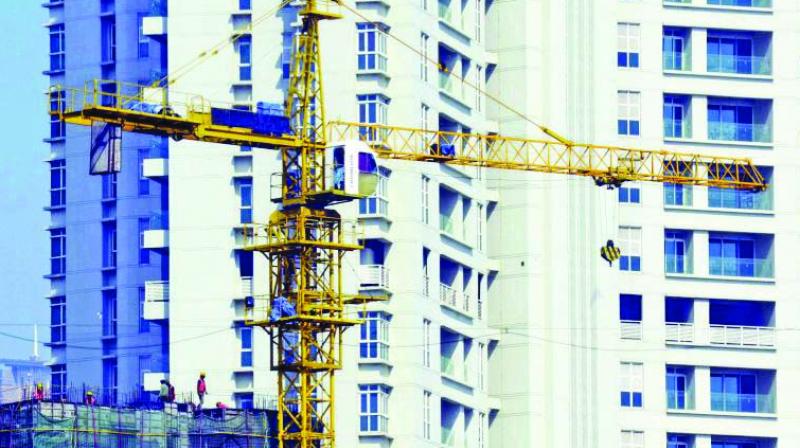 Mumbai: The Bombay high court has warned DSK developers that they would be put behind bars within no time while granting a further extension up to February 5 after the developer informed the court that they had received Rs 51 crore in USD in their domestic account and are awaiting an approval from the RBI. The court accepted the submissions and also asked the developer to prepare a list of its mortgaged properties so that the encumbered properties could be put up for auction to clear the debts of investors and banks.

While hearing the anticipatory bail application of the promoters of DSK developers, who were seeking interim relief, Justice Sadhana Jadhav said that the court had the power to put the developer behind bars but was not doing so keeping in mind the interest of the investors.

The advocate for the promoters reiterated to the court that it had initiated the process of getting funds transferred from a company abroad and had already got USD 80 lakh (Rs 51 crore) in the domestic account but was awaiting clearance from the RBI and hence needed more time. The advocate also assured the court that it was keen to pay back the investors and would not disappoint them. The applicants also submitted that due to their properties being sealed it was finding it difficult to pay back the investors.

In the previous hearing the court had said that it would not be giving any more extensions to the promoters and would issue orders on Thursday. However after hearing the submissions the court said that it was granting an extension only because its main aim was ensuring that the investors got their money back.

The promoters owe approximately Rs 200 crore to investors and in light of their properties being sealed had requested the court to allow them to deposit the sum with the court in instalments. The Rs 51 crore in question is the first instalment.