In a video that went viral on social media, Mr Danve said, “Pakistan has killed 40 terrorists, and there was an uproar in the entire nation.” 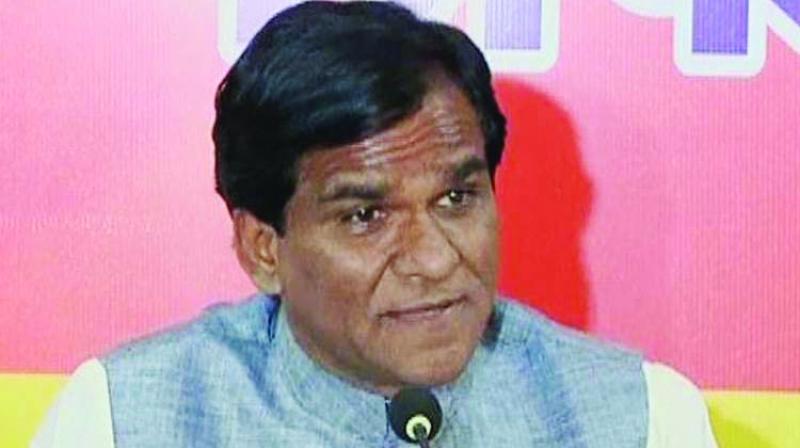 Mumbai: The state BJP president Raosaheb Danve landed himself in yet another controversy. While addressing a meeting in Solapur on Monday, Mr Danve had an embarrassing slip up when he said that there was uproar in the country when Pakistan killed India’s “40 terrorists” in Pulwama.

In a video that went viral on social media, Mr Danve said, “Pakistan has killed 40 terrorists, and there was an uproar in the entire nation.”

On trying to contact Mr Danve for the same, he remained unavailable.

After his speech the Opposition party expressed their criticism against Mr Danve on various social media platform. The official twitter account of Congress stated, “After using slang word (sale) for farmers who feeds the country, now labelling soldiers as terrosists who have sacrificed their lives for the country, Mr Danve has lost his sense.”

Congress general secretary and spokesperson  Sachin Sawant said, “The one who can calls jawans as a terrorist and accuse farmers using words like ‘sale’, he can only be called a ‘demon’ and not human. I’ve demanded immediate removal of Mr Danve from the post of president.”

He further said, “It’s a tradition of BJP to humiliate our jawans, Mr Modi had also earlier said that businessmen takes more risk than our Jawans. Apart from that, BJP’s MLA has also used filthy language for our forces.”

Mr Sawant also stated, “Mr Danve has been an history-sheeter, he spoke about the Lakshmi darshan to voters in terms of bribe. Few days back Mr Danve said, give me votes and I’ll give you money. Such people do not deserve to remain in party.”

In 2017 too, Mr Danve had stirred the hornet’s nest when he reportedly  said that farmer continued to complain despite the state government doling out sops to bail out tur growers.