Purohit was arrested in November 2008 and was accused of helping in the formation of a right -wing outfit, Abhinav Bharat. 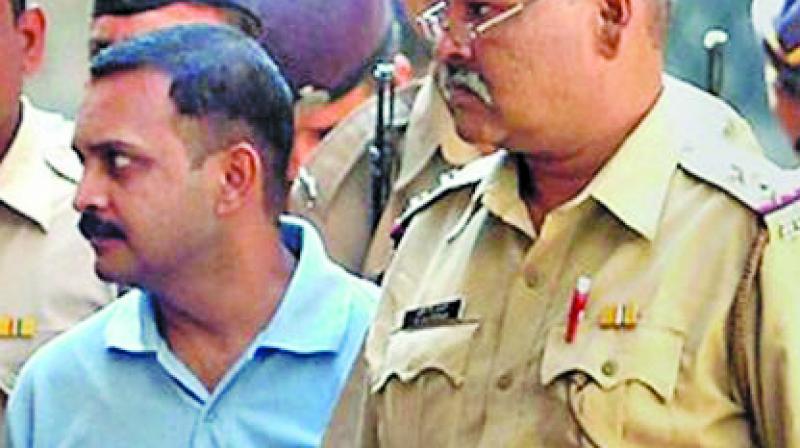 Mumbai: The Bombay high court has rejected the bail appeal filed by Lieutenant Colonel Prasad Purohit, an accused in the 2008 Malegaon blast case, who was arrested by the ATS for allegedly carrying RDX and hatching the conspiracy. While rejecting his bail, the high court said there are grave charges against Purohit and there is prima facie evidence against him. The court in the month of February had concluded the plea of Purohit and kept the order reserved.

Purohit was arrested in November 2008 and was accused of helping in the formation of a right -wing outfit, Abhinav Bharat. According to National Investigation Agency (NIA), Purohit had allegedly taken part in conspiracy meetings and even agreed to arrange for the explosives to be used in the blast. A division bench of Justice Ranjit More and Justice Shalini Phansalkar-Joshi was hearing bail appeal filed by Purohit after a special NIA court had rejected his bail in September 2016. According to Purohit, NIA had dropped the Maharashtra Control of Organised Crime Act (MCOCA) against him and those witnesses who gave statement under the MCOCA should not be considered while deciding the bail application. Purohit had argued that the NIA was “selective” in exonerating some accused persons and that the agency made him a “scapegoat” in the case.

The court observed, “At this prima facie stage, Purohit’s arguments that provisions of Unlawful Activity Prevention Act and conspiracy not applicable to him is not accepted.”

The court considered that the nature and gravity of the charges that are leveled against Purohit are serious and grave in nature. The court observed that even if MCOCA had been dropped, the gravity of other charges like waging war against the country and charges under various sections of the Indian Penal Code (IPC), Explosive Substances Act and Arms Act couldn’t be ignored.

The court considered that the punishment to which Purohit will be liable, on conviction, may extend to death or imprisonment for life. While rejecting the bail, the court said that already some of the witnesses had retracted the statements they had made before the ATS. Therefore, apprehension of tampering of evidence and threatening witness also cannot be called as ‘unreasonable’ or ‘groundless’, it said.

The court also rejected Purohit’s contention that he should be released on bail because the trial got delayed for eight years.