The state government also announced an additional Rs 1,000 crore to procure tur in the state. 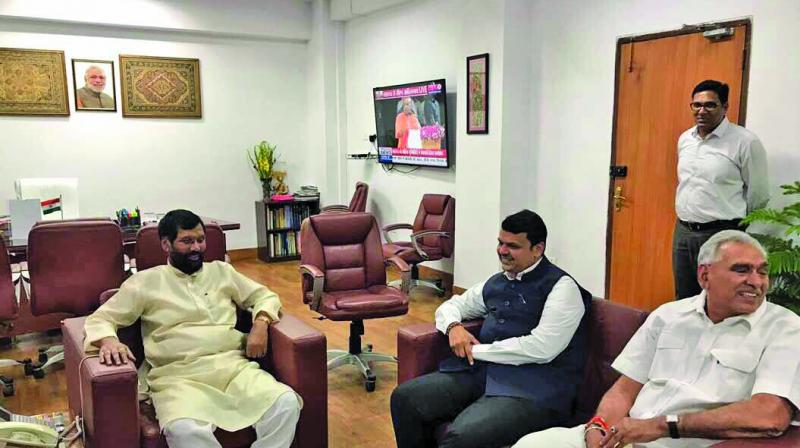 Mumbai: After facing flak from all corners over procurement of tur, chief minister Devendra Fadnavis has started on war footing efforts towards resolving the deepening crisis.

He announced that the state would buy all tur registered at procurement centres by farmers. The state government also announced an additional Rs 1,000 crore to procure tur in the state.

Maharashtra has seen bumper production of pulses, especially tur, this year. Till now, the government has procured 4 lakh ton (40 lakh quintal) tur and farmers have another 8 to 9 lakh quintal waiting to be procured.

While cabinet minister for agriculture, Pandurang Fundkur, in the assembly session on March 6, assured the house that the state government would buy the entire tur this year, government procurement centres have stopped buying tur, resulting in unrest among farmers.

To placate them, Mr Fadnavis rushed to Delhi and requested food and public distribution minister, Ramvilas Paswan, to delay the deadline for tur procurement by one week.

With the Centre showing no positive signs, Mr Fadnavis now faces an uphill task in the state.

The state government has now decided to allot an additional Rs 1,000 crore to procure tur. Mr Fadnavis on Tuesday said that the state would buy the entire tur with Rs 5,050 declared as MSP.

“All over India, 11 lakh quintal tur has been procured till now. Out of that, 4 lakh ton comes from Maharashtra alone which is almost 45 per cent of the total production. But we will buy the entire tur in the state,” he said.

The chief minister also warned that the state government would take strong action against traders and agents visiting procurement centres to sell their tur.

“We have asked to do satellite mapping of people who have bought tur in huge quantities. If they fail to show their own tur from their farms, they face strict action,” he said.