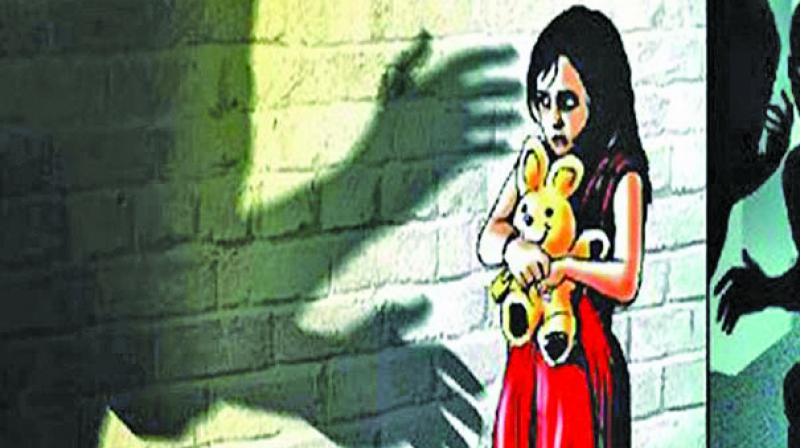 According to the police, the accused took her to his house, luring her with sweets.

Nashik: A seven-year-old girl was raped and murdered allegedly by her distant 30-year-old cousin at a village in Nashik on Monday. The incident sparked off tension in the village and led to the deployment of two companies of the state reserve police (SRP) as the villagers blocked the Nashik-Vani highway, refusing to accept the body after the post-mortem until the accused was arrested.

The police nabbed the accused, Vilas Mahale (30), who loitered around the scene of crime. The villagers broke into his house and recovered the body, which was hidden beneath a bamboo basket. The police arrested Mahale on Tuesday afternoon from a neighbouring tehsil.

The victim was sent out by one of her parents to fetch a packet of tobacco from a shop at 2 pm on Monday after which she went missing. Mahale, who knew the victim and stayed close to her family’s home, allegedly admitted that he had seen the girl.

According to the police, Mahale took her to his house, luring her with sweets. He then allegedly raped her and then strangled her with an aluminium wire. The victim’s parents and neighbours, who were searching for the girl, decided to break into Mahale’s house after finding it locked, the police said.

A religious programme with lunch was organised in the village. The victim’s parents and other villagers began searching for her as they were unable to spot her at the programme. The victim’s mother asked the grocery shop owner about her daughter’s whereabouts. The shop owner said that she had left with the pouch of tobacco.

Mahale was waiting at the shop, to gauge the situation. He told the victim’s mother that he too had asked the minor to carry out a task for him and was waiting for her. Later, he fled to a neighbouring tehsil.

The villagers do not lock their houses if they are within the vicinity of the village. The villagers saw Mahale’s house was locked and broke it. They found the body of the victim under the basket. The police sent teams to find the neighbouring tehsil and arrested the accused.