Siddhant Ganore allegedly fled to Rajastan after stabbing his mother. 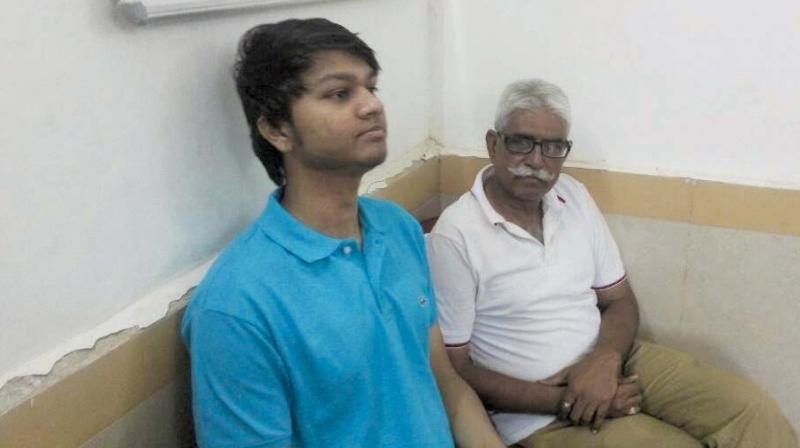 Mumbai: A day after 21-year-old Siddhant Ganore allegedly killed his mother Deepali Ganore (42) by slitting her throat with a knife and went absconding, the Jodhpur police detained him on an alert provided by the Mumbai police on Thursday. A team of Mumbai police reached Jodhpur on Thursday evening and took his custody. The Mumbai police had leads that Siddhant left for Jodhpur late Wednesday night and called one of his friends from a hotel in the city.  Deepali Ganore was found murdered at her Santa Cruz residence early on Wednesday.

While interrogating Siddhant’s friends, the police learnt about his phone call to his friend and traced it to a lodge. The Mumbai police then sought help from the Rajasthan police, which dispatched a team and detained the youngster. Siddhant, an engineering dropout, had enrolled for a Bachelors of Science degree course in National College and was not doing well academically. Deepali would admonish him and there were subsequent fights between the mother and son, sources said. Siddhant is the son of Dyaneshwar Ganore, a police inspector who investigated the April 2012 Sheena Bora case.

According to sources, Siddhant boarded a train and left for Jodhpur on the night of the incident itself. He had allegedly stolen some money and left his phone behind so that the police would be unable to trace his location. Siddhant had allegedly, after a fight with Deepali, stabbed her five times in the abdomen and four times in the neck and also left a note beside the body stating, “Tired of her. Catch me and hang me.” The note, which was accompanied by a smiley, was written in blood and scribbled on the floor where Deepali was found dead. Deepali’s husband found her body at 4.30 am on Wednesday morning.

Speaking to The Asian Age, Ashok Rathore, commissioner of police, Jodhpur, said, “We were asked for assistance by the Mumbai police and we delegated a team to investigate. We detained a suspect matching the description of an absconding accused. Once the Mumbai police verifies and confirms his identity, we will hand him over to the team.”

A source in the Mumbai police said Siddhant had booked a room in a Jodhpur-based hotel under his name. “We were interrogating his friends and one of them revealed he had received a call from an unknown landline where nobody spoke. We traced this landline to a hotel landline. From them we learnt the accused had a room under his name. So we asked the Rajasthan police for help,” said the source.

Mumbai police spokesperson DCP Rashmi Karandikar said, “We received information that the accused Siddhant was hiding in Jaipur so sent a team from Mumbai to investigate. Once there, we learnt that he had left for Jodhpur and booked a room in Hotel Dhoon. Since it would be a while before the team reached Jodhpur, we informed the Jodhpur police and requested them to detain him, since there was a possibility he would flee again.”