The police has also registered complaints against two unknown persons for purposely hurting the horses physically. 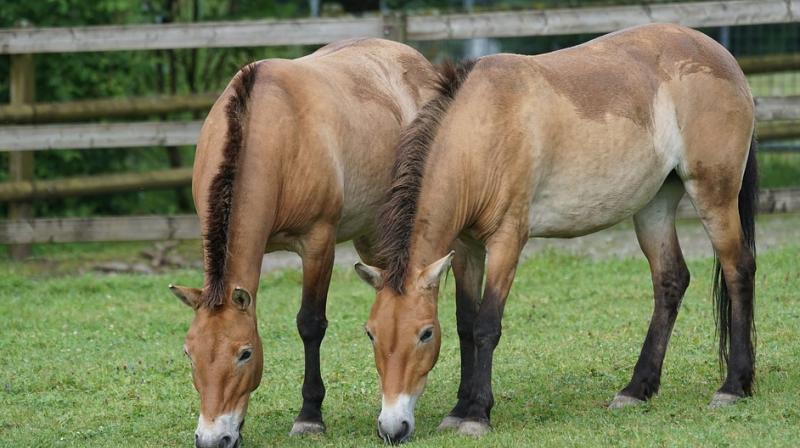 The Cuffe Parade police filed an FIR against the horses’ custodians and also transported the animals to the BMC cattle pound.(Representational image)

Mumbai: The Kherwadi police station in Bandra (east) seized two young horses that were used in a political rally organised by the Indian National Congress party on Thursday to protest against the increasing fuel prices. The Non-governmental organizations (NGO) People for the Ethical Treatment of Animals India (PETA) assisted the police to file a First Information Report (FIR) against the horses’ custodians under Sections 3 and 11 of The Prevention of Cruelty to Animals Act, 1960, for treating the weak and exhausted animals cruelly.

People for the Ethical Treatment of Animals officials stated that during the rally several persons were taking turns to sit on the horse, which was being forced to walk under the sweltering weather. After seizing both the horse, they were transferred to the Brihanmumbai Municipal Corporation’s (BMC) cattle pound in Malad for the treatment and further examination. “First of all, pony rides are illegal in Bombay following the high court’s ruling. Moreover, it was not just one person on the horse but several sitting on it turn by turn. It was made to walk in peak hours of noon without food and water. When it could not walk, people were kicking it to move ahead,” said Meet Ashar, emergency response coordinator, PETA India.

The police has also registered complaints against two unknown persons for purposely hurting the horses physically. Earlier this month, PETA India has also complained to the Mumbai police about two malnourished horses in Nariman Point, who had visible ribs and backbones. The Cuffe Parade police filed an FIR against the horses’ custodians and also transported the animals to the BMC cattle pound.