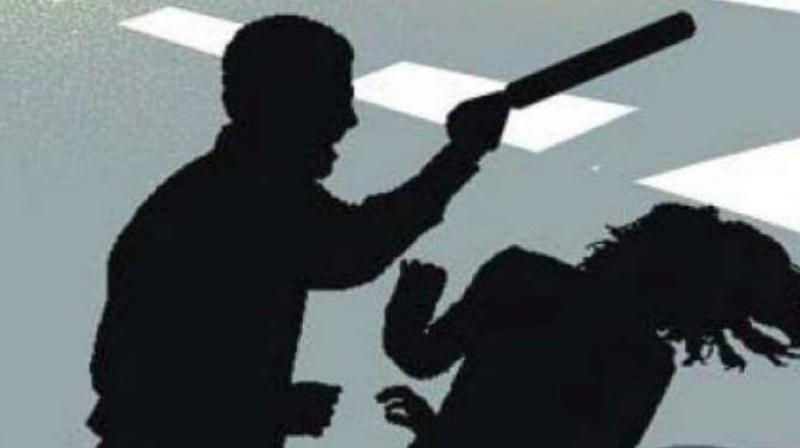 Four persons assaulted a woman and her minor son in Mankhurd. (Representative Image)

Mumbai: Four persons assaulted a woman and her minor son in Mankhurd after they were asked to pick up a motorcycle that fell down after their auto rickshaw brush passed it on Friday night.

The officials said that the accused barged into the shop and brutally bashed up the mother-son duo and fled from the spot. The police later arrested two accused and remaining accomplices are on the run.

The woman was identified as Poonam Gupta (42) who was thrashed along with her son. The officials said that the duo was seated in their shop in Indira Nagar slums at Mandalay in Mankhurd. It was around 10.45 pm when the group was passing by in an auto rickshaw when they hit a two-wheeler that fell on the ground.

“The woman objected and asked them to pick the two wheeler. This enraged them and they entered inside the shop and began bashing the woman. The boy intervened and he was also beaten up by the four persons,” said a police officer.

The accused fled from the spot after locals began gathering. The victims were provided first aid. After some days, they approached the police station and lodged a complaint against them. The CCTV footage of the neighbourhood was checked and the accused were identified.

Two persons were tracked down whereas remaining accused are yet to be found.
The police have filed a case of assault, rioting, trespassing, criminal intimidation and acts of common intention as per the Indian Penal Code and further investigation is underway.