The plastic ban has come into force since Saturday. 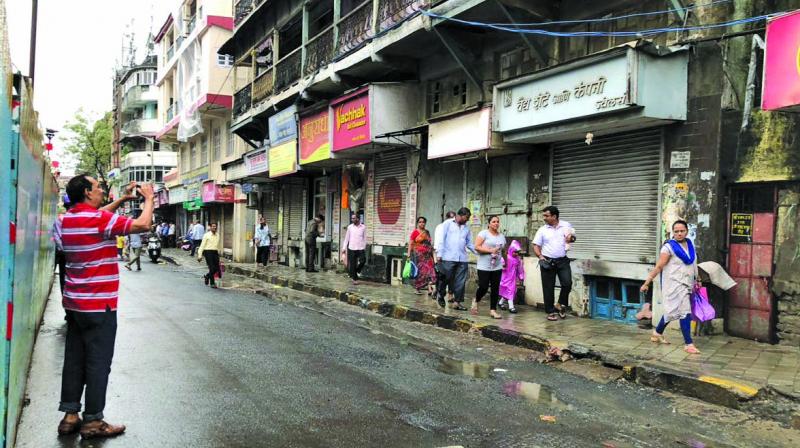 Meanwhile, the Federation of Retail Traders Welfare Association (FR-TWA) met environment minister Ramdas Kadam on Monday and sought clarity on permissible plastic and that guidelines be framed in this regard. The plastic ban has come into force since Saturday.

According to FRTWA president Viren Shah, in the absence of proper guidelines as to the type of plastic that can be used or traded in by businesses, traders’ associations in the city were apprehensive of plastic inspectors and their possible high-handedness. “A plastic inspector visited some shops close to Chira Bazaar and hence, some shopkeepers who are still using plastic to wrap food and perishable products became apprehensive and decided to shut shop.” TVS president J. Jadavji called for closure of shops Monday morning due to apprehension.

Mr Shah further said that FRTWA, along with other traders’ associations, met Mr Kadam and apprised him of the problems faced by them. In the two-hour meeting, the traders submitted a list of guidelines that were accepted by Mr Kadam.

Mr Shah said, “The minister patiently heard all our concerns and also accepted the suggestions. He assured that they would consider the same and decide on them soon. Mr Kadam however said that it would not be possible to suspend the drive by plastic inspectors.”