According to sources, Sachin Ahir was miffed over reports that some other leader would replace him. 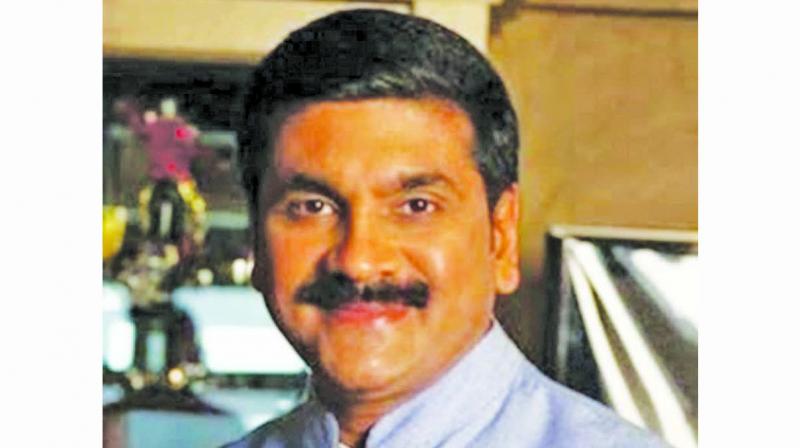 Mumbai: An embattled Nationalist Congress Party (NCP), hit by several major defections in the past few weeks, received yet another blow on Thursday after its Mumbai unit chief, Sachin Ahir, joined the Shiv Sena.

According to sources, Mr Ahir was miffed over reports that some other leader would replace him.

Mr Ahir’s defection is significant as he was a well-known face of the NCP in Mumbai. Apart from him, party spokes-person Nawab Malik and former MP Sanjay Dina Patil, are the only known NCP leaders in the city.

While Mr Patil was defeated in the recent Lok Sabha election, Mr Ahir and Mr Malik had lost the 2014 Vidhan Sabha polls.

Mr Ahir was associated with the Sharad Pawar-led party since its formation in 1999. The leader represented the Shivadi Assembly seat from 1999 to 2009 and was later elected from Worli, after the delimitation of constituencies. In 2014, he lost the Assembly election to Shiv Sena’s Sunil Shinde.

The former Worli MLA was also made a minister in the previous Congress-NCP state government. After losing his seat in the 2014 Assembly election, he was made the city unit chief in July 2015.

Reacting to Mr Ahir’s induction into the party, his rival Mr Shinde, said, “I can assure you one thing. I will continue to represent the Worli constituency.”

Since Mr Shinde had defeated Mr Ahir in the last Assembly election, the latter is unlikely to get the party’s ticket from Worli, political analysts said. If sources are to be believed, Mr Ahir may be fielded from Byculla constituency in the upcoming polls.