Mumbai board lottery had been delayed since May 2018, as the authority didn’t have enough houses to sell. 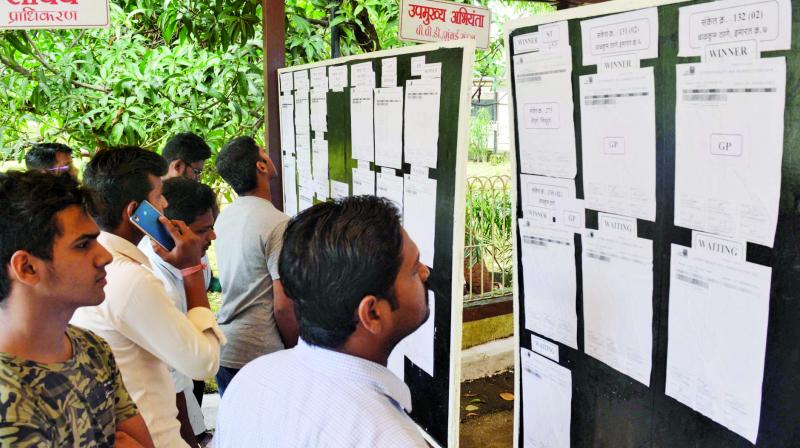 90% houses for low-income and middle-income groups.

Mumbai: A lottery for 1,001 homes in Mumbai will be held during Diwali, housing minister Prakash Mehta confirmed while announcing the Konkan board lottery on Saturday. Mumbaikars can soon start applying, as the application process for the same will begin soon by the Mumbai board of the Maharashtra Housing and Area Development Authority (Mhada).

The Mumbai board lottery had been delayed since May this year, as the authority did not have enough houses to sell.

Mr Mehta said “The lottery for 1,001 homes in Mumbai will be held in November.” He further added that 90 per cent of the homes would be for the low-income group and middle-income group. However, no revelations on the locations or the dates have been disclosed yet. The entire for applications will be online. “The October-November Mumbai board lottery will not have homes under the Pradhan Mantri Awas Yojna (PMAY) scheme, since MHADA does not have sufficient land to construct houses. In the coming two years, affordable houses under the SRA and PMAY scheme will be made available,” said Mr Mehta. According to the reports, only two homes will be available under the high-income group (HIG) category.

Meanwhile, the biggest lottery of the Konkan board was announced for 9,018 homes, which are located in the outskirts of Mumbai in areas such as Ambernath, Thane, Mira Road, Kalyan, Virar Bolinj, Sindhudurg and Ratnagiri. This year around 1,700 houses had no takers since the number of applicants was less. The authorities received around 56,000 applications, this year.