Govinda paralysed from waist down after pyramid mishap

Sawant was diagnosed with loss of sensation in his limbs. His family later shifted him to another private hospital. 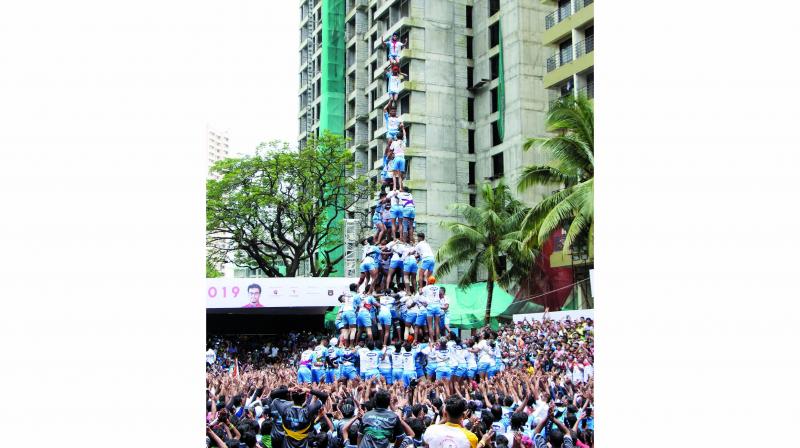 Sawant’s relative Jivan Sawant, however, expressed optimism about his recovery.

Mumbai: Sunil Sawant, 41, one of the 199 Govindas who were injured during Dahi Handi activities on Saturday, has suffered traumatic quadriplegia — paralysis caused by a spinal cord injury that results in the partial or total loss of use of all four limbs.

Mr Sawant was rushed to the civic-run KEM Hospital by members of his Dahi Handi mandal — Shree Sai Devsthan Govinda Pathak — after they had noticed him sprawled on the ground after two Govindas fell on him.

At the hospital, Mr Sawant was diagnosed with loss of sensation in his limbs. His family later shifted him to another private hospital.

“Chances of sensation returning are rare since he suffered severe injuries to his spinal cord. Our doctors are of the opinion that he will not able to move his body below the waist,” said Dr Hemant Deshmukh, the dean of KEM Hospital.

“We are hopeful. We have shifted him to Hinduja Hospital and we are awaiting expert opinion after which further treatment will commence,” he said.

A member of Mr Sawant’s mandal said he had always stood at the base of human pyramids. “While he has medical insurance as a Govinda, we are in the process of seeking further help from an insurance company,” the member added.

Despite the government banning the participation of children below the age of 14, however, several took part in the festivities and were reportedly injured.

Roopam Devashi (10) was taken to the hospital after suffering injuries to her hand while 12-year-old Vignesh Katkar was admitted to KEM Hospital after sustaining head injuries.