The eco-friendly vehicles will cater to the office-goers in Bandra, Bandra Kurla Complex, and the Kurla and Sion railway stations. 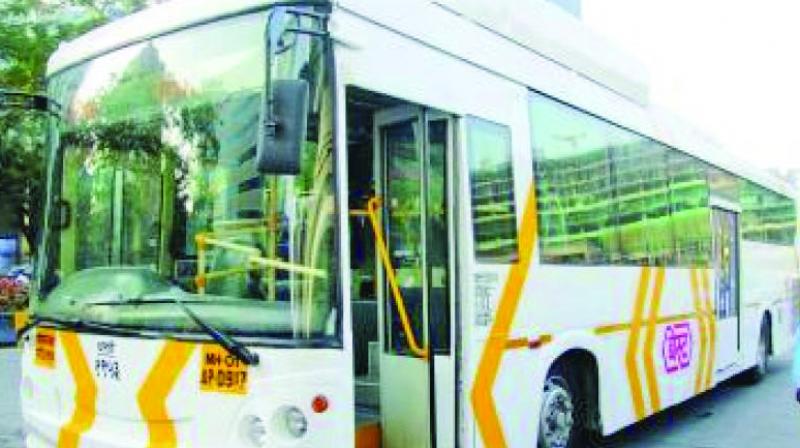 In total, 25 hybrid buses are to run in the city if things go according to plan.

Mumbai: Ten battery-powered hybrid buses that were purchased by the Mumbai Metropolitan Region Development Authority (MMRDA) from Tata Motors as part of the former’s initiative to promote clean fuel have arrived in the city. In total, 25 such buses are to run in the city if things go according to plan.

The eco-friendly vehicles will cater to the office-goers in Bandra, Bandra Kurla Complex, and the Kurla and Sion railway stations.

The buses will be eventually operated by the Brihanmumbai Electric Supply and Transport (BEST). The remaining fifteen buses will join the fleet before they get operational. “This month, five more buses were brought to the city, on September 18. Five had come in the last month,” said Dilip Kawathkar, joint project director, MMRDA. Each bus costs around Rs 1.61 crore.

Once operational, the minimum fare is expected to be Rs 15 while maximum could reach up to Rs 25. The buses are fully air-conditioned and each one will be 32-seater.

The battery of the bus will be recharged while the engine is running and its electronic braking system generates power each time the driver applies the brakes.

Speaking about the feasibility of such buses, transport expert Sudhir Badami said, “I am not sure how these buses will be running because if the route is heavily congested, how will their batteries be charged? The buses can ply only on specific routes.”

Mr Badami added that Mumbai needs the BRTS (bus rapid transit system), a dedicated lane wherein the hybrid buses can run and be powered via an overhead wire. Thus, buses would rely on battery only for small sections where the wires are absent.