Sources said that the food samples have passed all parameters set by FDA. 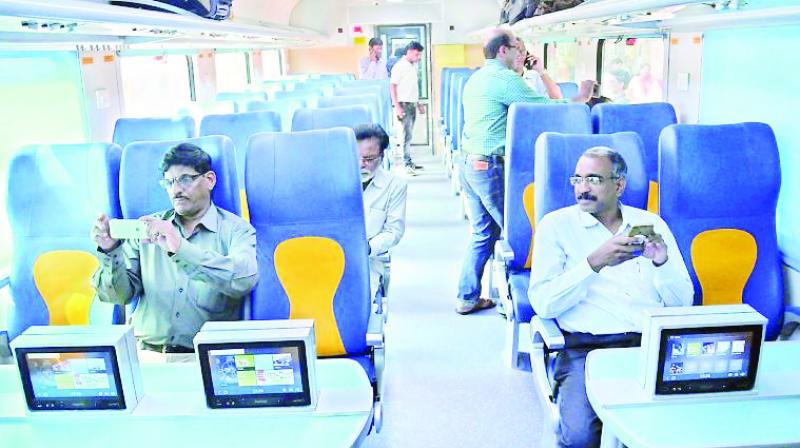 A file photo of the Goa-Mumbai Tejas Express.

Mumbai: Ten days after a case of suspected food poisoning aboard the Goa-Mumbai Tejas Express led to admission of 20-odd passengers in a Chiplun hospital, Delhi-based FDA has conducted tests and given a clean chit to the breakfast and soup served to them.

Sources said that the food samples have passed all parameters set by FDA, reiterating the Indian Railway Catering and Tourism Corporation’s (IRCTC’s) stand that food served onboard the Tejas Express was not the problem.

The very next day of the train incident, IRCTC, Delhi, came out in defence of its service and said that the smell of vomit from a few members of the group touring Himachal Pradesh and Kolkata triggered an onslaught of vomiting among fellow-passengers. The train left Goa at 9am on October 15 and the suspected food poisoning incident occurred at around 12 noon, after which there was an unscheduled halt at Chiplun.

An official said, “The food was safe and IRCTC has passed all FDA standards for now, and we empathise with the plight of passengers who suffered that day. We suspect that the food touring groups ate the night before was the cause of food poisoning but there is no way to know that for sure. However tests have proved that at least the food served on Tejas on October 15 was not in any way contaminated.”

When contacted, IRCTC Mumbai general manager Arvind Malkahede said, “I cannot tell you what the test says for now, but I can confirm that the report of the test has come on Wednesday. We at IRCTC will be presenting the result of the test along with our internal report on the incident in a day or two.”