Rains have continued to lash several parts of Maharashtra including the capital city since past few days. 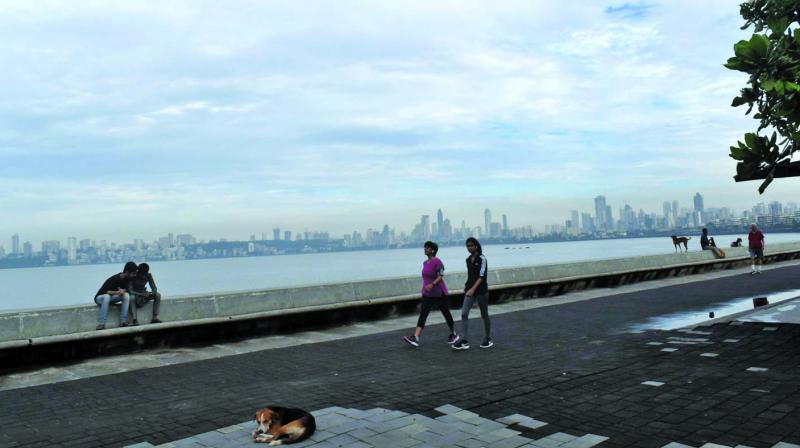 Mumbai: The Indian Meteorological Department (IMD) has issued ‘orange’ (heavy to very heavy rainfall) alert warning for parts of Maharashtra’s coast for the weekend owing to the cyclonic circulation over the Arabian Sea. Officials stated that Mumbai is expected to witness intermittent rains for the next three days, including Diwali.

Rains have continued to lash several parts of Maharashtra including the capital city since past few days. “Areas like Ratnagiri and Sindhudurg are expected to receive heavy rains in next 48 hours. Rains of lighter intensity may be witnessed in Mumbai, Navi Mumbai and Thane. This is likely to continue till Sunday after which weather system will gradually weaken, which means that parts of Maharashtra may witness rains on Diwali,” said an IMD official.

According to Skymet Weather, a private weather forecasting agency, the Maharashtra’s weather is governed by two major weather systems. “One is the cyclonic storm Kyarr in the Arabian Sea and the other is the Low-Pressure Area over the Odisha Coast. A trough is also extending from the cyclone up to Mahara-shtra in the higher levels. The combined effect of all these weather systems would result in moderate rain with one or two heavy spells in Konkan and Goa,” read the Skymet Weather report.

Cyclone Kyarr would result into gale winds, reaching the speed to 85 kmph and by Saturday it would become 110 kmph, an IMD official said.

“Squally wind speed reaching 55-65 kmph gusting to 75 kmph is likely to prevail along and off Ratnagiri, Sindhudurg, Raigad districts of Maharashtra,” he added.