The project would be implemented through the public-private partnership model and would get a FSI of four. 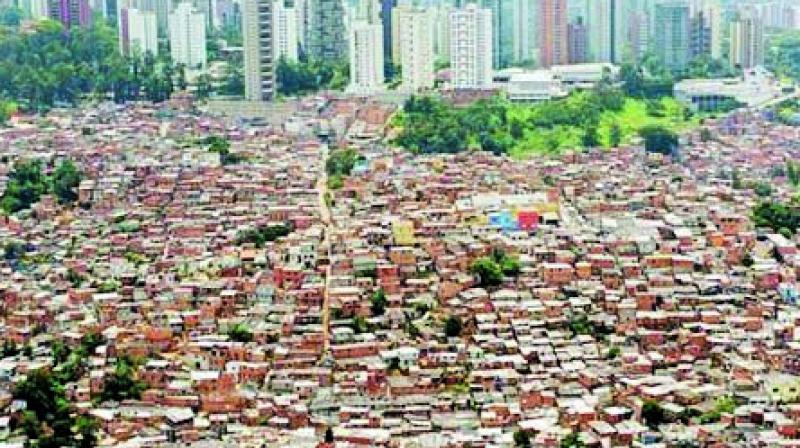 File photo of slums in Dharavi.

Mumbai: After various failed attempts to redevelop Asia's largest slum cluster, Dharavi, the state government is now mulling over a hybrid model wherein Dharavi would be divided into 10 sub-slum clusters, which would be able to vote for the developer of their choice to carry out the redevelopment work smoothly.

“The model has been already prepared and proposed. We have excluded sector one this time and have divided sectors two, three and 4four into 10 sub-clusters so that the number of slum dwellers is decreased and more developers would be interested in the project,” said a senior government official.

The 557-acre plot is divided into five sectors for redevelopment. Of these, sectors one to four is with the DRP, while Maharashtra Housing and Area Development Authority (Mhada) has already started redeveloping the remaining sector.

The official added that the file concerned is pending with the Chief Minister’s Office(CMO) for its nod. “The chief minister had personally intervened after almost five attempts to attract bids for the redevelopment failed. So, the final decision on the same can be expected soon,” the official said.

The project would be implemented through the public-private partnership model and would get a Floor Space Index (FSI) of four. It would be redeveloped under development control regulation (DCR) 33 (9) (A), which was framed for the redevelopment of Dharavi, and under which every tenement is given an area of 350 square feet.

The state government had floated global tenders of approximately Rs 22,000 crore on January 30, 2016 for the revamp of Dharavi, but repeated attempts to re-bid for the revamp did not yield any response from developers.