The train will also be guarded by the RPF in whichever car shed it will be parked for the night. 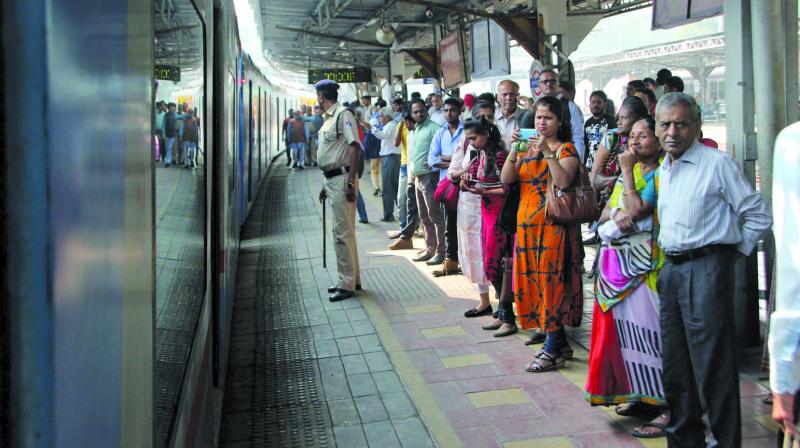 The RPF personnel on the train have been instructed to deal with commuters strictly if they stand on the footboard. (Photo: Mrugesh Bandiwadekar)

Mumbai: The AC local train will have around 50 RPF staff that will wait at the platforms where the train is slated to stop on the fast line between Borivali and Churchgate so as to make sure that passengers don’t play mischief, since if a commuter stands at the entrance the doors don’t close.

The train will also be guarded by the RPF in whichever car shed it will be parked for the night, as the Rs 56 crore train is too expensive to be vandalised.

Chief security commissioner, A K Singh, RPF (western railway) said, “Along with the fact that we will be having men on the stations where the fast Borivali trains are scheduled to stop we will posting people in the car sheds where ever the trains is finally parked full time.” The normal train after which this AC trains is designed had cost the railways Rs 44 crore each but the cost jumped by more than Rs 10 crore with regards to this train, said officials.

The train RPF have been instructed to deal with commuters strictly if they stand on the footboard as only when the footboard is clear, the train will move forward.