The Asian Age had first reported about the setting up of a grievance cell in Lucknow in its September 11 edition. 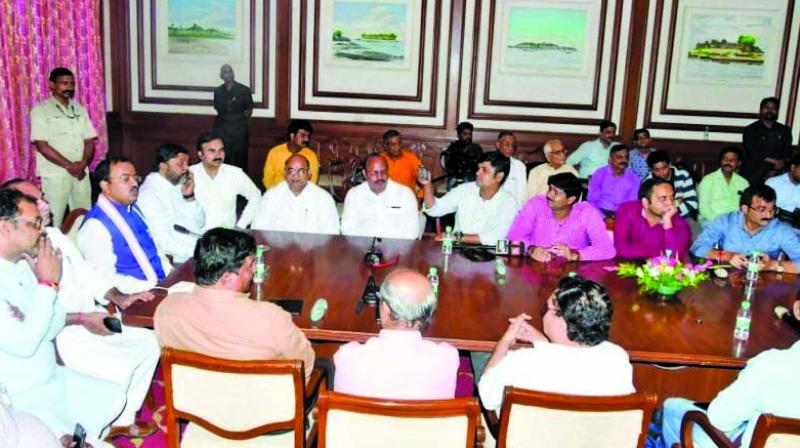 Mumbai: In a bid to provide relief to north Indians in Maharashtra, especially in the Mumbai Metropolitan Region (MMR), the Uttar Pradesh government has appointed a nodal officer in Mumbai. During the Maharashtra Assembly election, Uttar Pradesh deputy chief minister and Bharatiya Janata Party’s Maharashtra election co-incharge Keshav Prasad Maurya had set up a separate cell in Lucknow to look into the grievances of north Indians in MMR.

Sources said that after looking at the rising number of grievances from the state, chief minister Yogi Adityanath decided to appoint a nodal officer. Over 57-lakh north Indians residing in MMR and an additional eight lakh people live in remaining parts of Maharashtra. The Asian Age had first reported about the setting up of a grievance cell in Lucknow in its September 11 edition.

UP government officials said that the department of tourism of UP government has appointed a senior officer as nodal officer in Mumbai to look into the grievances of north Indians living in Maharashtra — especially those pertaining to land and property back in UP.

Jitendra Kumar, principal secretary and director general of UP tourism department, has issued an order appointing Bimlesh Kumar, deputy director in tourism department, as the nodal officer. He will be in Maharashtra for a fortnight every month to handle grievances of people originally from UP.

Mr Kumar said, “We will coordinate with district administration and concerned ministry to resolve the public grievances.” The people can email their grievances on nodalofficerup4maharashtra@gmail.com and call on 022-22185458.

Lakhs of north Indians come to Mumbai to earn a livelihood. In many cases, locals allegedly encroach upon the properties and agriculture lands of migrants. As a result, migrants have to run from pillar to post to get their lands back but their grievances end up in bureaucratic red-tape.

A delegation of north Indian residents and BJP leaders, including Mumbai BJP general secretary R.U. Singh and general secretary Amarjeet Mishra, had met the UP deputy chief minister in September 2019 to demand a resident commissioner in Mumbai to resolve long-pending issues.

Mumbai BJP general secretary R.U. Singh said, “We are thankful to UP government that it has appointed a nodal officer in Mumbai. Most of the people from the state have come here to earn their bread and butter leaving their agricultural lands and ancestral properties. We are expecting that the nodal officer would be entrusted with powers to resolve the grievances of people in a time-bound manner.”

Uttar Pradesh Development Forum (UPDF), which played a crucial role to get a nodal officer in Mumbai, has also demanded a coordination committee which would comprise of citizens and government officers to keep a tab on the nodal officer. Arvind Sharma Rahi, vice-president of UPDF, said that most of the grievances continue to be about revenue and police departments. “The people of UP are unnecessarily being harassed by revenue inspectors despite the orders of Sub-District Magistrate (SDM) or District Magistrate (DM) to admeasure agriculture lands and hand them over to the genuine owners,” he said. “However, the orders of SDM/DM remain on the paper. Now, people can file complaints in Mumbai office of UP. The nodal officer will forward these complaints to the concerned the departments. The coordination committee will ensure that the people do not unnecessarily need to go to UP,” he added.