The governor added that the state government inherited a crisis-laden agriculture sector. 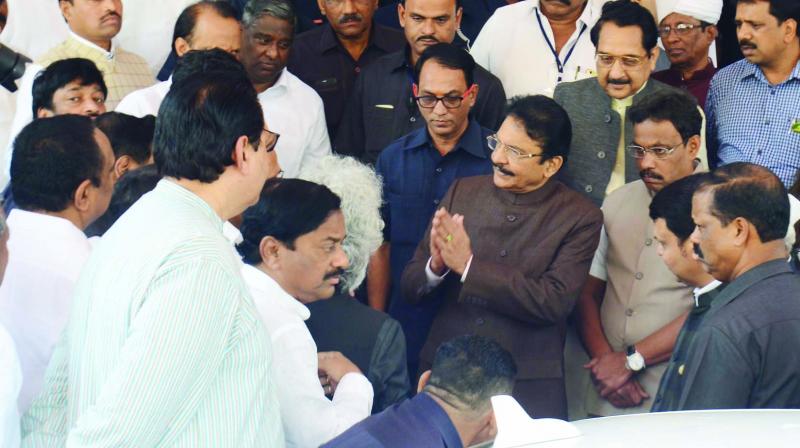 Mumbai: Maharashtra governor C. Vidyasagar Rao expressed confidence in the state government’s ability to take Maharashtra to one-trillion dollar mark by 2025, while addressing a joint session of both Houses of the state legislature on Monday. He cited growth in sectors like textiles, tourism and agriculture in support of the government’s plan. He claimed that state’s GDP had grown to 8.5 per cent in 2015-16 and 9.4 per cent in 2016-17.

“To usher in a trillion-dollar economy, the government has leveraged international funding and allotted substantial state budgetary resources to give a massive push to augment public infrastructure,” Mr Rao said, adding that the government continues to back infrastructure-led growth policies to accelerate the high growth rate.

According to him, under the flagship programme of ‘Jalyukt Shivar’ scheme, nearly 15,000 villages are being made drought-proof by May 2018. Mr Rao said that 6.1 crore ration card holders have been linked to ‘Aadhaar’ under the National Food Security Act. “Through this process about 92 lakh people who were earlier not covered under the Act have been provided 2kg rice at Rs  3 per kg and Rs 3 kg wheat at Rs  2 per kg. About 10 lakh ineligible ration cards were eliminated,” he said. According to Mr Rao, 22,670 out of 22,793 gram panchayats and 212 blocks out of 351 have been declared open defecation-free.