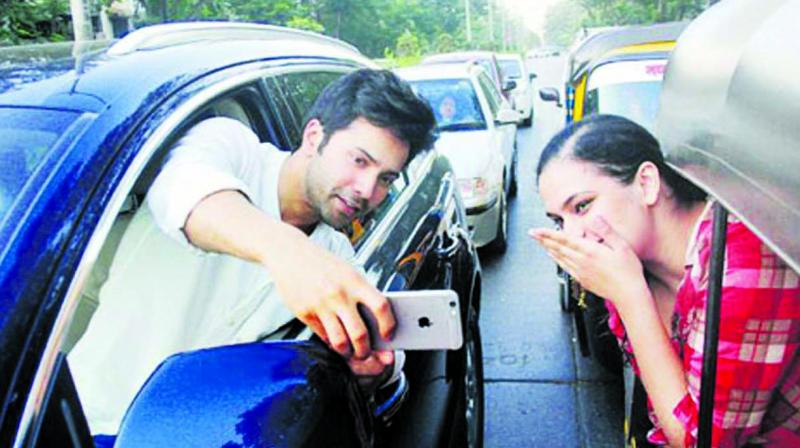 Actors were pulled up for violating traffic rules

Mumbai: The number of cases of traffic violations registered with Mumbai traffic police (MTP) has doubled with the active participation of Twitterati in 2017, when compared to the two preceding years of 2015 and 2016.

With the help of Mumbai police’s Twitter handle, Mumbaikars have become more vigilant and responsibly report the matters that they see as a non-compliance of law.

Amitesh Kumar, joint commissioner of police (Traffic), said, “With Twitter complainants playing a part of good citizen, the 5,200 CCTV cameras installed all over the city helps us to get a proof along with a ‘time and place’ stamp of the violation committed. This indeed increases the evidence value.”

A senior traffic official said that the citizens of Mumbai have become vigilantes and make it a point to report the matter.

The complaints registered through Twitter come with a mandate that they should be acted on quickly, as the action taken or the lack of it will majorly contribute to the image of Mumbai police in the minds of the people. Hence the Mumbai police’s Twitter team gives an immediate response to the Mumbaikar who tweeted the complaint.

After receiving a complaint, the Twitter team relays the complaint to the Traffic division, who then takes action.

As a response, the Twitter team then replies to complainant with a copy of an e-challan issued to the traffic violator.

The Mumbai police on Wednesday issued an e-challan to Bollywood actor Kunal Khemu for riding a motorcycle without wearing a helmet. The cops acted on the complaint of an alert citizen who posted photographs on Mumbai police’s Twitter handle asking for action against the actor.

In November last year, actor Varun Dhawan was pulled up by the police after a photograph of him taking a selfie with a fan amid a traffic jam at Juhu Tara Road surfaced  the web.