LS, Assembly bypoll on May 28

Byelections important for all parties ahead of general elections. 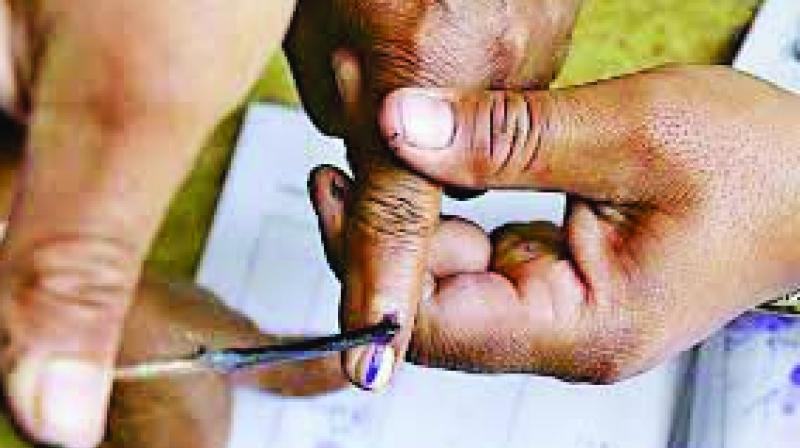 Bhandara-Gondia is going to polls as Nana Patole resigned as MP after quitting the BJP and joining the Congress.

Mumbai: The Election Commission on Thursday announced it would hold the byelections to the Palghar and Bhandara-Gondia Lok Sabha seats and Palus-Kadegaon Assembly seat on May 28.

Political observers consider a win in these parliamentary byelections important for the Bharatiya Janata Party (BJP) for stemming the slide after its loss in Gorakhpur and Phulpur byelections in Uttar Pradesh.

The BJP had won both these seats in the last elections. Bhandara-Gondia goes to polls after Nana Patole resigned as MP after quitting the BJP and moved over to the Congress in January. BJP leader Chintan Vanaga, who won the Palghar seat, died of a heart attack, necessitating this byelection.

The Palus-Kadegaon Assembly byelection is the result of the death of Congress’ Patangrao Kadam in March.

For the Opposition combine of the Congress and the Nationalist Congress Party (NCP), a bypoll sweep in Maharashtra will be a major morale booster ahead of next year’s general election to Lok Sabha and the Maharashtra Assembly.

The NCP contested from Bhandara-Gondia seat in 2014 while the Congress contested Palghar in alliance with the NCP in 2014.

The NCP’s Praful Patel, who lost in 2014 is apparently not too keen on standing for the byelection in Bhandara-Gondia seat as the general election is only a year away, say sources. “He has assured complete support to a Congress candidate in bypoll on condition the party would return the constituency to him in 2019,” said a close aide of Mr Patel.

The BJP won the Palghar Lok Sabha seat in 2014 in the three-corner fight. The Bahujan Vikas Aghadi, a local party that Mr Hitendra Thakur leads, is strong in three of the six Assembly segments. The Communist Party of India (Marxist) has almost 40,000 votes in the tribal belt of Palghar. So, any party would need Mr Thakur’s support to win the seat. Though Mr Thakur had in the past supported the BJP-led government in the state, he has not expressed support to any of the sides until now, said the sources.

The Congress is likely to give the ticket to Vishwajit Kadam, son of the late Patangrao Kadam, in the Palus-Kadegaon seat. The BJP has a strong candidate in Prithviraj Deshmukh.