The government will install such points should the demand for charging points arise in certain areas. 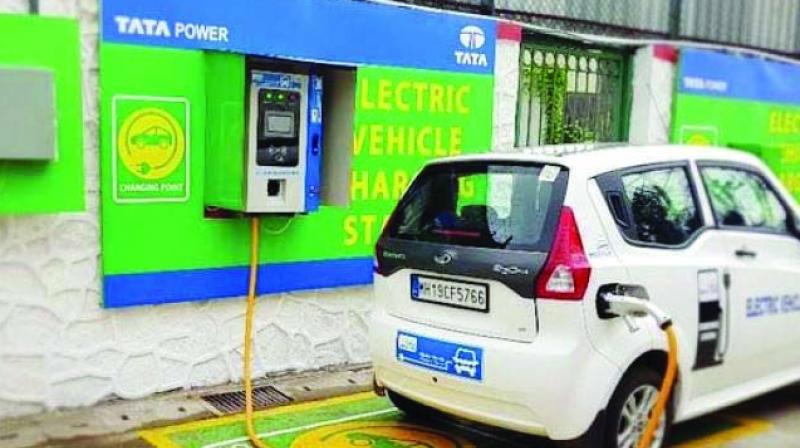 Mumbai: Intending to boost the use of electric vehicles in Maharashtra, the state government has proposed the installation of electric-charging points at parking zones, residential areas, bus depots, railway stations and other public places.

The government will install such points should the demand for charging points in certain areas arise from individuals, organisations or a group of citizens.

The government launched a policy of electric vehicles with a view to make the state pioneer in their manufacture.

The state should become a global centre for manufacturing of electric vehicles and its parts and hence the additional electric charging point installation has been added into the policy, an official from the urban development department said.

“The electric charging points will be installed at parking zones, residential areas, bus depots, railway stations, petrol pumps and other public places. The demand has to come from an

individual or an organisation or group of citizens for installing the charging points in certain areas,” the official said.

The Maharashtra government has amended the Motor Vehicles Act, giving incentives for electric cars with an engine capacity of 980cc and above.

“Electric vehicles are environment friendly and they are the future of transport. In Nagpur, a pilot project of electric auto-rickshaws was launched, which received a good response. The state is even thinking of introducing app-based taxis under the scheme,” the official added.

The Central Motor Vehicles Act, 1989, section 2(u) already recognises ‘Battery-Operated Vehicle’ as per a definition clarified on September 16, 2005.

The Act says, “Battery-Operated Vehicle means a vehicle adapted for use upon roads and powered exclusively by an electric motor whose traction energy is supplied exclusively by traction battery installed in the vehicle.”