The proposed fee structure has to be submitted at least six months before the new academic year. 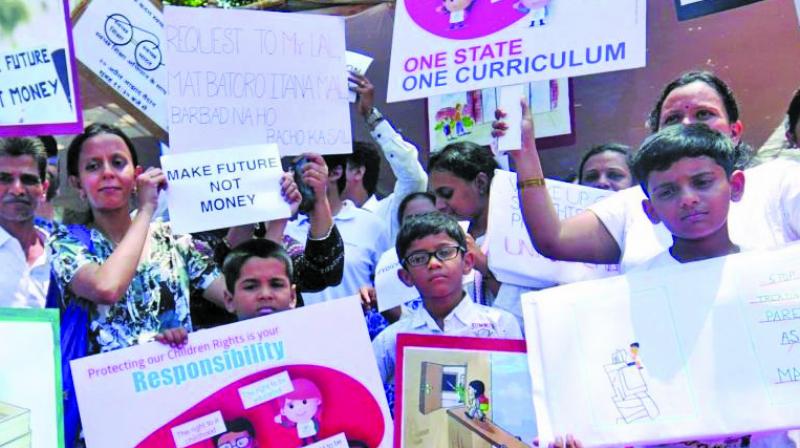 Mumbai: Over the last three months, parents of students from 60 private schools have met the deputy director of education, B. B. Chavan, demanding a rollback of allegedly illegal fee hike in private schools. Parents had alleged that the hike was not in accordance with specific provisions of the Maharashtra Educational Institutions (Collection of Fee) Act, 2011. The proposed fee structure has to be submitted at least six months before the new academic year.

From past three months, parents and activists from the city have been holding massive protest rallies at Azad Maidan against what they call as arbitrary and exorbitant fee hikes every year by the school. The activist also started a missed call campaigned creating awareness regarding fee hike.

While talking to The Asian Age, a parent of a student of the universal school, Tejaswini Rajadhyaksh said, “After the protests, meetings and assurance from the education minister, we are still facing trouble and our children’s coming academic year is at stake. So is Mr Lall’s decision bigger that the word of a government personnel?”

Jayant Jain, president of Forum for Fairness in Education (FFE), said that the parents should be ready for any eventuality. He added, “Today Universal High of Dahisar has taken the decision to expel or de-roll the names of approx 70 children. This is not
fair; they were expelled from the school for protesting against unjustified hiked fees.”