The Railway ministry asked IIT Bombay to also conduct an audit for the British era bridges for which the first report has been submitted. 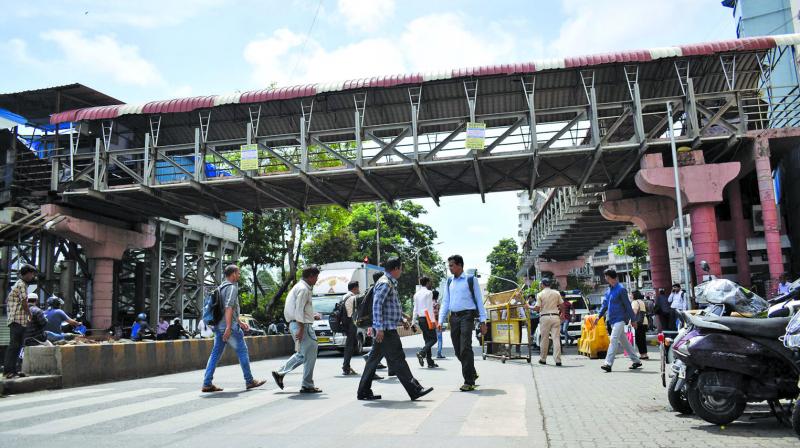 Mumbai: The Comptroller and Auditor General (CAG) will audit the tendering, repair works and structural audit of the bridges  in Mumbai in the last five years, the state government said on Wednesday.

The government also assured the Upper House that modern technology will be used in construction of new bridges, which has seen mishaps, involving foot overbridges (FOBs), in the last few years.

The Opposition leader of Legislative council Dhananjay Munde in the question and answer hour raised the issue of the bridges in the city and also mentioned about the Himalaya bridge collapsed incident. Mr Munde also demanded for a CAG audit for bridges.

While replying to his demand, state urban development minister Yogesh Sagar said that CAG would carry out the structural audit.

“The CAG will look into the construction of bridges in Mumbai. We will look into  all the works on bridges carried out in the last five years for CAG audit.”

Mr Sagar also mentioned that the Dahisar bridge would be dismantled by the BMC since it is declared to be dangerous in the audit report. The BMC would bear the expenses for the same.

Chief minister Devendra Fadanavis in his reply to the demand has informed the Legislative council that apart from the BMC and MMRDA a third party has been conducting an audit of the bridges and the report is expected soon.

Furthermore, he also mentioned that the Indian Institute of Technology (IIT) has suggested employing “new technology” for bridge construction to the state government.

“This technology will help to construct bridges within three to six months,” Mr Fadnavis said.

After the Himalaya Bridge collapse incident there was a bridge audit conducted by BMC, Mumbai Metropolitan Region Development Authority (MMRDA).

The Railway ministry asked IIT Bombay to also conduct an audit for the British era bridges for which the first report has been submitted.