The thief, a labourer who was arrested after a chase, said he stole because he was in the need of money. 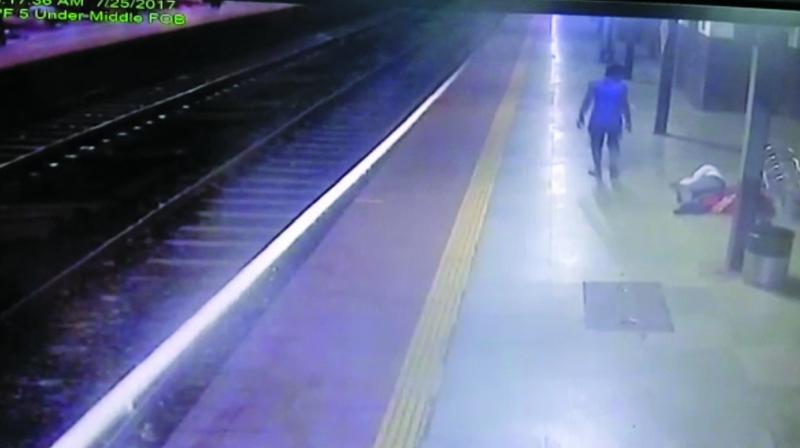 Girish Yellappa walks around the couple as they sleep on the platform.

Mumbai: In a dramatic theft that seems to have been inspired by a Charlie Chaplin comedy, a CCTV footage available with railway authorities exposed a man on Tuesday tip-toeing in circles around a couple sleeping on a Dadar suburban railway platform. He then lay down beside the victim and pulled out the latter’s mobile, who was lost in a deep slumber. The thief, a labourer who was arrested after a chase, said he stole because he was in the need of money.

The incident occurred at around 3.20 am when the couple was napping while waiting for a train on Tuesday. The footage shows the accused, Girish Yellappa (26), strategising, much like a circling vulture, on how to take advantage of the sleeping couple. At first, Yellappa is facing the couple’s back, then he is seen walking past them only to return a few seconds later. He then lingers around for a few minutes and then, in a comic twist, lies down beside the victim, Subhash Chahdra Rameshwerlal Kediya, stealing his mobile. 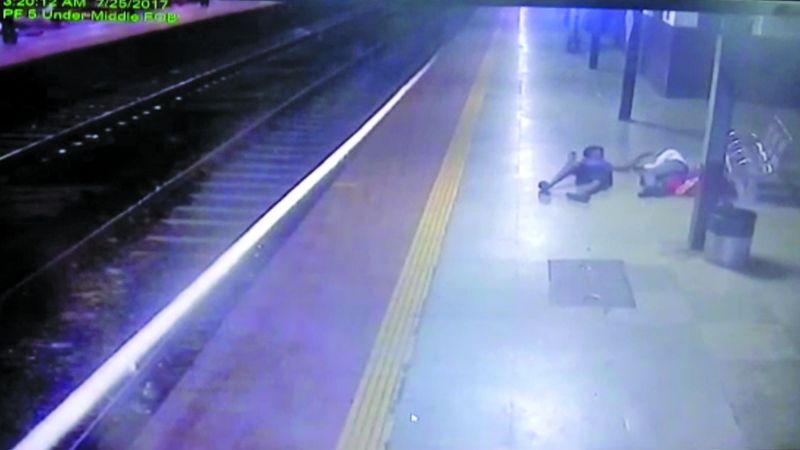 Just when Yellappa was about to get away with the crime, Railway Police Force (RPF) constables Vijay Bhosale and Kuntesh Kumar spotted him and chased him all the way to the Western Railways (WR) platform 1, where he took refuge in an air-conditioned toilet. Dadar RPF inspector, Satish Menon said, “The man was not a history-sheeter. He was a labourer in need of money, which is why he tried to rob the mobile. The couple did not press any charges but the accused has been sent to GRP where an FIR has been lodged.”

CR, RPF senior divisional security commissioner, Sachin Bhalode said, “We would like to appeal to passengers to be alert when they are waiting at the station at odd hours to be alert, and this incident is luckily only limited to a mobile robbery.” The incident, once again, reminds us of the fact that one cannot be too cautious at railway platforms during odd hours.