In Mumbai, one patient lost his life whereas in Pune and Pimpri Chinchwad, 49 succumbed to the virus. 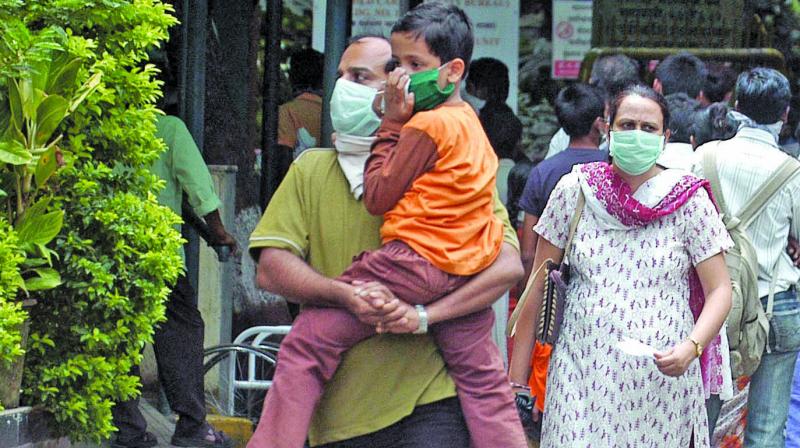 Mumbai: Health minister Dr Deepak Sawant on Thursday conceded in the assembly that 165 people had died due to influenza H1N1 over just four months this year. He said that there were H1N1 patients in rural areas as well. During question hour, Dr Sawant said, “Altogether 844 patients were found H1N1 positive in the state from January 1 to April 30, 2017, of which, 165 died. In Mumbai, one patient lost his life whereas in Pune
and Pimpri Chinchwad, 49 succumbed to the virus. Swine flu has also spread to rural areas after 2009. It is true that there have been greater number of deaths in Pune, Nashik, Aurangabad and Ahmednagar and hence, the Indian Medical Association in May 2017 has given instructions to local doctors to remain prepared.”

Dr Sawant was replying to a query raised by Congress MLA Ameen Patel who asked about swine flu deaths in Mumbai and their treatment. Patel also asked if doctors were giving Tamiflu tablets without verifying influenza. He asked what measures had been taken by the government to control the disease.

In his reply, Dr Sawant said that H1N1 patients were divided in A, B and C categories and there was no need for laboratory checks for treatment. "We conduct surveys of H1N1 patients and treat them without delay. Isolation wards have been created within district hospitals and medical colleges to treat them. Private hospitals with facilities to treat H1N1 have been given permissions to admit these patients. The four laboratories in the state offer free facilities to verify H1N1 patients,” he said.

While the minister has claimed only one death in Mumbai, government data shows that in July alone, 250 cases of swine flu were reported in the city, taking the number of people affected by swine flu between January and July 15 to 874. Out of the 874 cases, 672 patients are not residents of Mumbai while 202 are Mumbaikars. Twenty-two people have died in the city since January.