The project focuses on finding the Humpack Whale’s habitat and restrict ship movement in those areas. 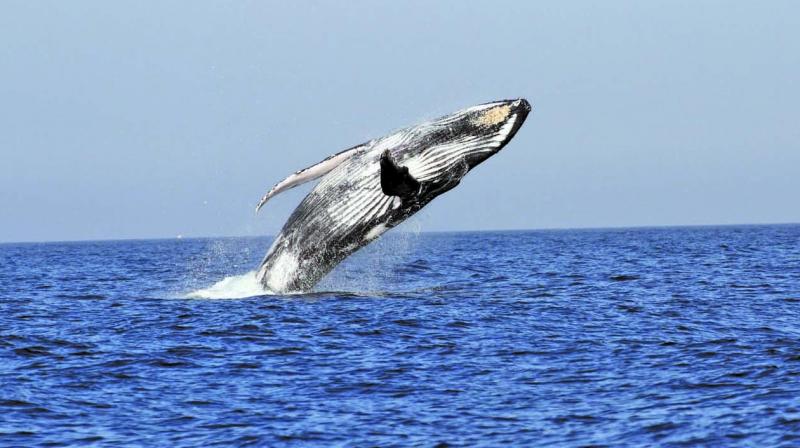 The study will take another 10 years to complete.

Mumbai: The state mangrove cell is working on a proposal to protect the Arabian Sea Humpback Whale across the western region. The project is part of the recovery programme for the critically endangered species started by the central government. The mangrove cell will soon submit the proposal to the Centre.

The proposal includes a study of the marine mammal’s population and its migration pattern. Officials from the state mangrove cell said that the project widely focused on finding the Humpack Whale’s habitat and restrict ship movement in those areas.

“We are attempting to understand their migration pattern by analysing the sounds they make. For this, noise monitoring systems will be used in the deep sea, which will record the sound they make while mating, including others. This will help us in understanding their mating time too,” said N. Vasudevan, additional principal chief conservator of forests, state mangrove cell.

Mr Vasudevan added that apart from aging, the mortality of this species was being affected by deep sea gillnet fishing where marine creatures were found trapped in fishing gear due to noise pollution caused by ships. The study will take another 10 years to complete.

This species migrates from the Oman coast to the Indian coasts to the Sri Lankan coast through the Arabian Sea.