Pawar will inform them about the wider alliance in the state. 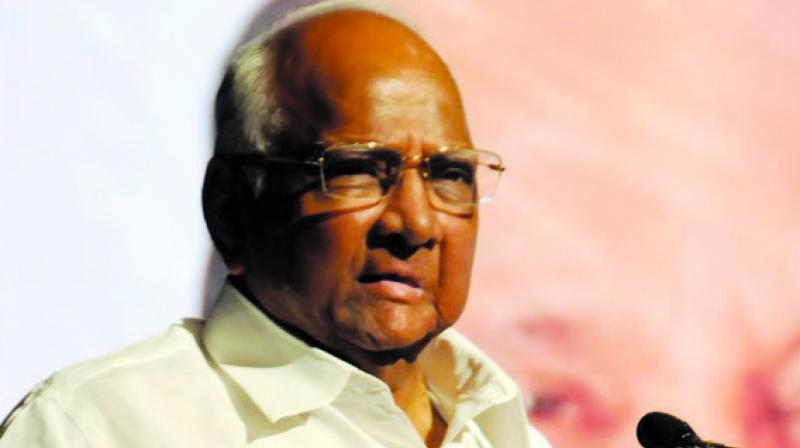 Mumbai: Ahead of upcoming discussions with the Congress over seat-sharing, NCP chief Sharad Pawar has called a meeting of party leaders on Monday. Mr Pawar will inform them about the wider alliance in the state. At the same time, the party will discuss current issues in the state, including arrests of a few people over charges of illegal bomb making and agitations by different communities.

Seat-sharing talks between the Congress and NCP had already started in June. However, state leaders had not decided on the seats that either party was to contest. This time, NCP is demanding an equal number of seats in the Lok Sabha and Assembly but the Congress leadership is unwilling to relent. It is expected that during the meeting on Monday, Mr Pawar will give party leaders a brief idea about talks with the Congress.

It is being said that Mr Pawar will inform party workers about possible issues which the BJP can push at the last minute during the elections, and how to be prepared for the same. Mr Pawar will also take stock of the situation in different corners of the state after recent incidents of marches and agitations.

“We expect Mr Pawar to guide us about the party position on these issues, which will then be conveyed to the ground level,” said a senior leader.

There is buzz that Mr Pawar may discuss the issue of the Sanatan Sanstha and Maharashtra ATS’ action against right-wing extremists. It is expected that NCP will come up with a strong stance on Monday with regard to anti-social activities.