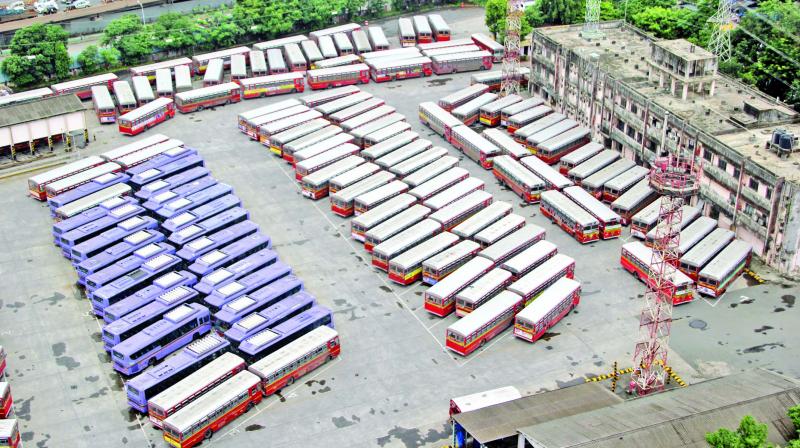 The merger implies that all financial liabilities of the undertaking will be borne by the civic body.

Mumbai: The Brihanmumbai Electric Supply and Transport (BEST), which is on the brink of collapse, will get a fresh lease of life with the decision to merge its financial budget with that of its parent body, BMC, finally taken on Thursday. The merger implies that all financial liabilities of the undertaking will be borne by the civic body.

The historic proposal to merge BEST’s financial budget with the BMC was passed unanimously in the civic house on Thursday. The proposal, submitted by the accounts department, stated that BEST had accumulated losses to the tune of Rs 2148.04 crore, as of July 2017, including loans worth Rs 1961.49 crore from banks and the municipal corporation. The proposal also said that BEST had to suffer losses due to scrapping of TDLR (transport division loss revenue) to the tune of Rs 700 crore per annum, which it had recovered from its electricity consumers to subsidise transport till 2016.

Anil Kokil, chairperson, BEST committee, said, “The merger in no way will reduce the powers or authority of the BEST committee or even its general manager. It will help BEST in providing quality transport services to Mumbaikars.”

Opposition leader Ravi Raja from the Congress said that though he was in favour of the merger, the issue of BEST’s debts still needed to be sorted out. “Why should Mumbai’s tax-paying people, who may not be travelling by BEST buses, cough up for BEST’s losses caused by the undertaking’s own inefficiency? The BEST administration should pull up its socks to improve its functioning. Subsidy should also be provided to BEST to tackle its financial losses,” he said.

The proposal for the merger will now be sent by the municipal commissioner to the state urban development department and will be implemented after the latter’s approval, said
mayor Vishwanath Mahadeshwar.

Suhas Samant, BEST committee member from the Sena, on June 15 had demanded that the BEST budget be merged with that of the civic body on the lines of the merger of railway budget with that of the  Centre.