On advocate Maggu’s request, the Judge deferred framing of charges in the case till October 30. 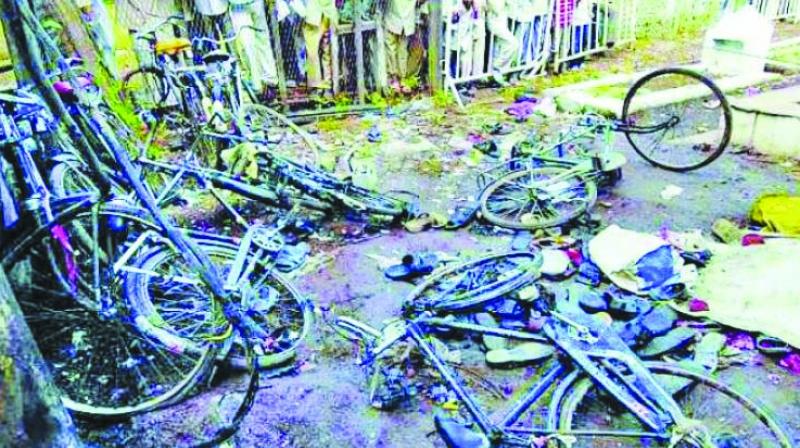 Six people had died in the 2008 Malegaon bomb blast.

Mumbai: The special National Investigation Agency (NIA) court on Friday expressed anguish over some of the accused in the 2008 Malegaon bomb blast case remaining absent from court, and said that they were intentionally trying to delay trial.

The judge, as a last chance, deferred framing of charges in the case till October 30 and said that if the case accused were not present in court on the appointed day, “appropriate order will be passed.”

“It appears to the court that the accused are intentionally avoiding appearing before the court as the court had already noticed and fixed the matter for framing of charges,” he observed.

At this stage, accused Sadhvi Pragya Singh Thakur’s lawyer Prashant Maggu requested the judge to fix a date later than October 29 (when the Judge was giving this date) saying that Sadhvi was wheelchair-bound and that they needed to make special arrangements to bring her from Madhya Pradesh. The court was also informed that the HC had fixed October 29 for hearing an appeal filed by Col. Purohit.

On advocate Maggu’s request, the Judge deferred framing of charges in the case till October 30.