According to SAFAR, the improvement in air quality can be attributed to cyclone Kyarr which has been circulating over the Arabian Sea. 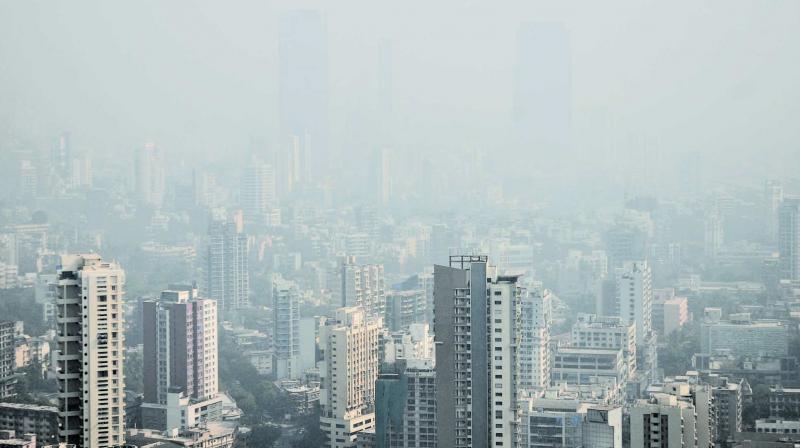 Air pollution experts compared the Diwali week this year with the corresponding period in 2018 and said that the air quality has been very good this time.

Mumbai: The city’s air during this Diwali is expected to be better than last year, according to a forecast by System of Air Quality and Weather Forecasting and Research (SAFAR) Saturday. Air pollution experts compared the Diwali week this year with the corresponding period in 2018 and said that the air quality has been very good this time. As such, overall air quality after Diwali will also not deteriorate significantly despite bursting of crackers, as opposed to the poor air recorded every year.

According to SAFAR, the improvement in air quality can be attributed to cyclone Kyarr which has been circulating over the Arabian Sea. “Due to the current cyclone Kyarr in the Arabian Sea, widespread rainfall along with isolated heavy spells is likely over the western regions in the next two days. The cyclone is likely to move to the north-west towards the Oman coast. The sudden change in the weather system will work positively to keep air quality in the ‘satisfactory’ range even with moderate fireworks,” said Gufran Beig, head of the air quality laboratory, SAFAR. Air Quality Index (AQI), which is an indicator of pollutants in the air, between 0 and 50 is considered as ‘good’. AQI ranging from 50 to 100 is considered ‘satisfactory’ and between 100 and 200 is ‘moderate’.

The analysis showed that the air quality has been under the ‘good’ category from October 22 to October 26 however it is expected to deteriorate slightly and move towards the ‘satisfactory’ category and even reach 104, which is the lower range of ‘moderate’.

According to SAFAR, “The smoke level may push air quality maximum to the upper end of ‘satisfactory’ and the lower end of  ‘moderate’ in Pune and Mumbai, respectively, in the early morning hours of Oct 28 but it will be back to the lower end of satisfactory from the next day.”

On Saturday, Mumbai recorded an overall AQI of 42 (good) with areas such as Borivali, Malad, Bhandup, Andheri, Chembur, Mazgaon and Colaba experiencing better air. BKC and Worli were the only exceptions that recorded an AQI of 118 and 159, respectively.