There have been over 49,000 incidents of fire in the city during this period, it said. 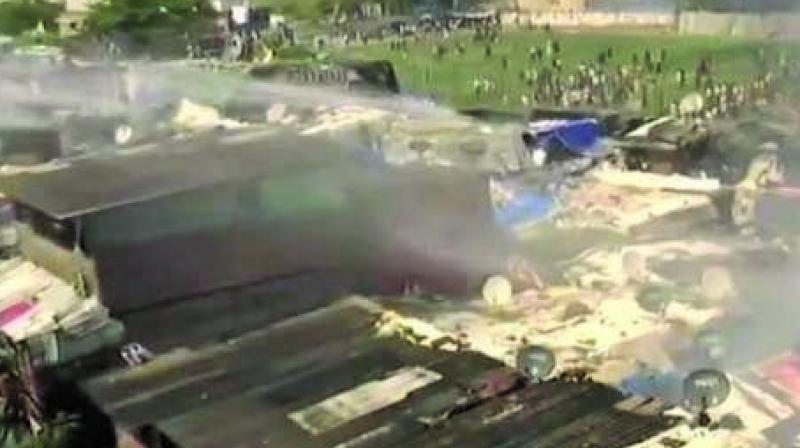 Fire broke out at Nargis Dutt Nagar slums on Oct. 30.

Mumbai: As many as 609 people have been killed in fire-related incidents in Mumbai during the last decade, the state government informed the Legislative Assembly on Monday. There have been over 49,000 incidents of fire in the city during this period, it said.

As many as 609 people and seven fire brigade personnel died in these incidents within 10 years, while properties worth `110.42 crore were destroyed, said the State government.

BJP MLA Amit Satam had raised the issue in the State Legislative Assemb-ly saying that more than 70 hutments were gutted in the fire at Nargis Dutt Nagar slums in Band-ra on October 30. There is a need of high-level inquiry into this fire, he said. Responding to him, minister of state for urban dev-elopment Ranjit Patil said that out of the total fire incidents in 10 years, 3,151 were reported in slums.

“The Nargis Dutt Nagar slum will be surveyed to ascertain the claims of illegal citizens staying there. If illegal occupants are found, then appropriate action will be taken in the matter,” he said.

The Brihanmumbai Mu-nicipal Corporation has said that the fire at the Nargis Dutt Nagar slums was due to defective electric system. The inquiry by the local police has revealed that Bangladeshi citizens are not residing there illegally and without permission. An ex-gratia payment of `5000 per affected family has been disbursed to 204 such families by the Mumbai suburb district collector, said Mr Patil.